Locals Protest Eviction Of Eatery Near Kalinga Stadium In Bhubaneswar 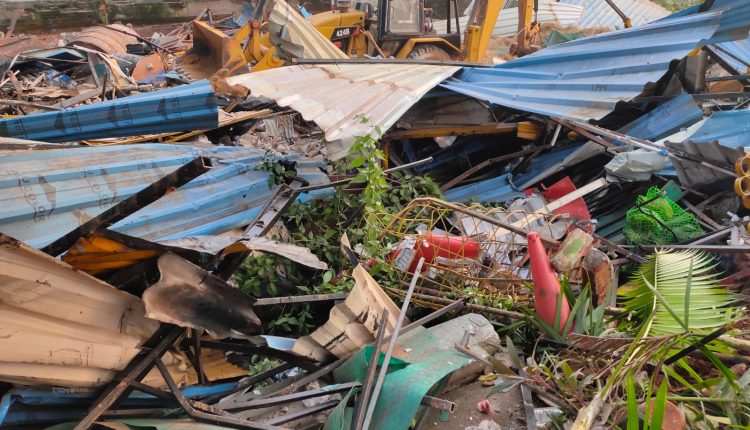 Bhubaneswar: Staff of an eatery and some locals engaged in a scuffle with police during an eviction drive by Bhubaneswar Development Authority (BDA) near Kalinga Stadium here on Thursday.

According to reports, tension started when BDA reached the dhaba built on plot numbers 695 and 696 under Nayapalli Mouza and started eviction. The dhaba owner was illegally operating business from the two plots which belongs to state government.

Soon after the BDA team reached the spot in front of Crown Hotel, along NH-16 the eatery’s workers and some locals prevented the civic authorities from carrying out the demolition.

Following strong protests by locals, additional forces were deployed at the spot to continue with the drive.

The dhaba is located close to Gate-9 of Kalinga Stadium where the Junior Men’s Hockey World Cup is being held.