Locals torch truck after it runs over couple in Khurda 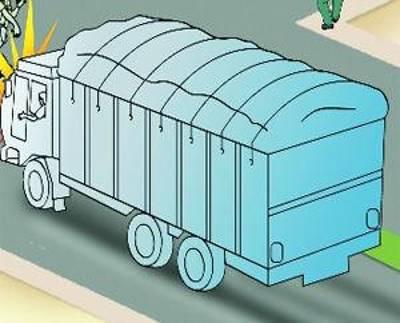 Khurda: An enraged mob set afire a truck following the death of a couple in a road accident involving the vehicle at Kuradhamala Square on the national highway in Khurda on Monday morning.
According to an eyewitness, the accident occurred when the couple on a motorcycle tried to overtake another vehicle.
The locals, who had gathered at the spot, torched the vehicle and later staged a road blockade demanding adequate compensation to the family of the deceased.
The protest threw traffic out of gear on the highway with rows of vehicles stranded on either side of the road.
A platoon of police force was deployed along the stretch to bring the situation under control.