Bhubaneswar: Cricketer-turned-politician Gautam Gambhir has personally performed the last rites of his domestic help who hailed from Odisha.

The deceased was identified as Saraswati Patra, a native of Jajpur district. She was reportedly suffering from high blood pressure and diabetes for a long time.

Union Minister Dharmendra Pradhan tweeted about the incident on Thursday and expressed gratitude to Gambhir for the humanitarian act. 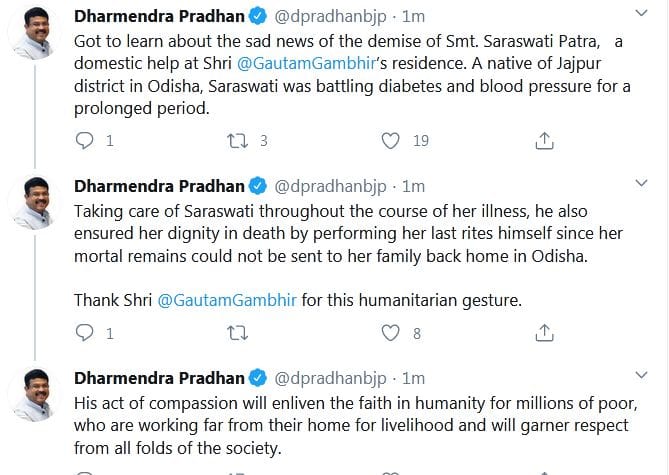 “Taking care of Saraswati throughout the course of her illness, he also ensured her dignity in death by performing her last rites himself since her mortal remains could not be sent to her family back home in #Odisha,” Pradhan tweeted.

“His act of compassion will enliven the faith in humanity for millions of poor, who are working far from their home for livelihood and will garner respect from all folds of the society,” he added.