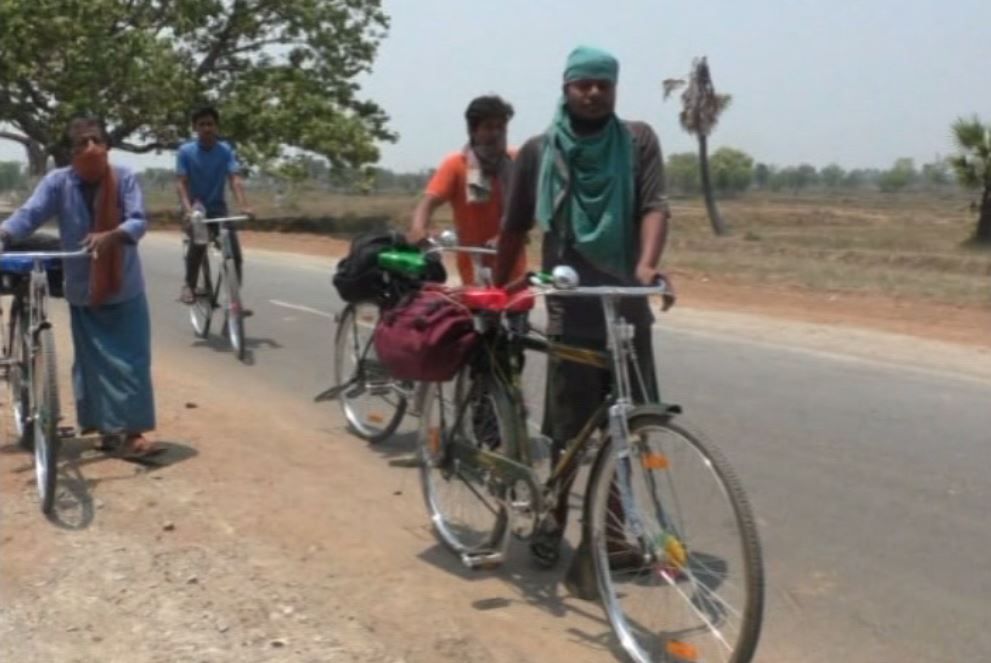 Balangir: In the latest laudable contribution of police to enable the migrants to reach their destinations, a group of labourers of Jharkahand, who were cycling from Andhra Pradesh, could go in bus from Balangir to their native places.

When the police found 31 migrant workers cycling in Belpada block of the district, they interrupted the group to know their identity and purpose of the journey. The labourers revealed that they belonged to Garhwa district of Jharkhand and were working in companies in Visakhapatnam.

Due to the lockdown, the companies closed down and they lost their jobs. Left with little money, they left Visakhapatnam for home. They first walked for two days.

After they reached Parvathipuram in Andhra Pradesh, they purchased cycles and again started their journey. Mukesh Khalko, one of the workers said, “We got food for the first two days from the relief camps in Andhra Pradesh. Later, as we progressed, we faced problem. The local people opposed us even for drinking water from tube wells. We did not eat for three days.”

SDPO Saroj Mahapatra said on getting information about the migrants, we rushed to the spot and gave them food and water. Later, they were kept in a school in Belpada.

Local Sarpanches Sefali Boe and Susama Behera helped in the arrangement of food and temporary stay for them. They also gave Rs 5,000 to the workers.

The district administration arranged a bus on Friday night to send 48 Jharkhand migrants including these 31 workers. They were taken to Odisha-Jharkhand border, from where the Jharkhand administration would take them to their homes.

MoCycles Back In Bhubaneswar From Monday, Free Rides Till June 30

Freedom From Indoors: MoCycle To Roll Down Again In Bhubaneswar From Monday

Odisha: The Intellects Connect On Virtual Platform To…