Long Wait Is Over: Puri Seer On Scrapping Of Article 370 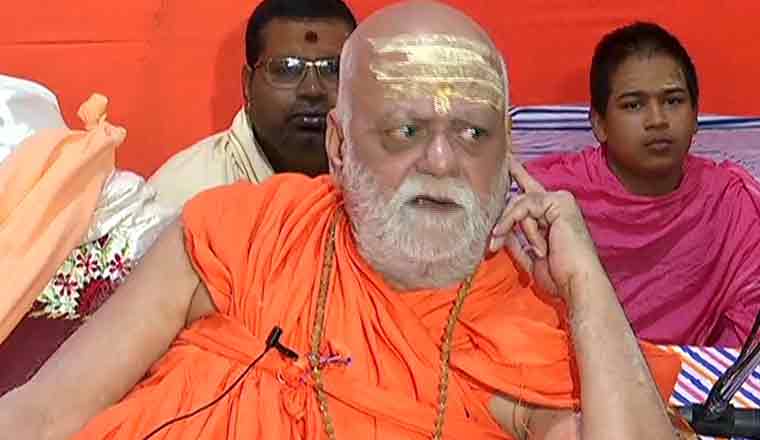 Puri: Sankaracharya of Puri Nischalananda Saraswati hailed the BJP-led NDA government’s resolution for revocation of Article 370 in Kashmir and the move marks an end to a long wait.

“I was waiting for this historic decision for a long time. With the scrapping of this contentious Article, the dirty diplomacy of the British government has come to an end once and for all,” he told the media here.

Taking a dig at the British government, the Puri seer said the former with a sinister design had separated Afghanistan from India and later separated Burma and Sri Lanka from the country.

“Not content with this, the British also went for yet another division of the country with the formation of Pakistan on religious basis. Sensing from the statement of the then Home minister Sardar Ballavbhai Patel that the Hindu community will have a wider influence after the independence of India, the creation of Pakistan was solely intended to prolong the rivalry between the two countries. However, this historic decision taken by the Government of India will further strengthen sovereignty and integrity of India,” he maintained.

The Shankaracharya further said that the Congress government during the Prime Ministership of Jawaharlal Nehru had temporarily implemented Article 370 to accord special status to Jammu & Kashmir considering the circumstances prevailing in the Valley.

Subsequent governments had not taken any step to abrogate the Article for political advantage, he said while describing decision as bold and one that was taken for the well being of the entire nation.

The Puri Seer called on political parties to set aside their political differences and unanimously support the ‘historic resolution’.

Now, Own Property & Become A Resident Of Kashmir