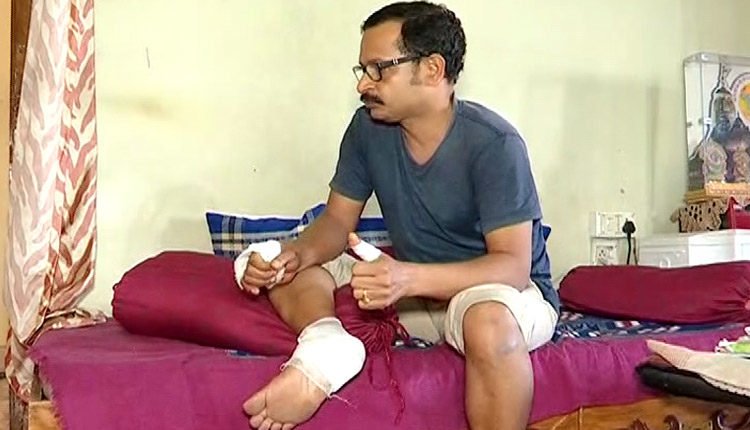 Bhubaneswar: In a loot attempt, unidentified miscreants allegedly attacked an engineer with a sword at Sailashree Vihar in the Odisha capital on Wednesday.

According to sources, the incident took place this morning when the engineer, who works with the Central Tool Room and Training Centre, had gone to pluck flowers. He sustained deep wounds while trying to resist the attack by holding the sword tightly in his hands.

The miscreants, who had come in a scooter, fled the spot when a security guard deployed at a nearby office rushed to his help on hearing his screams.

On October 20, a 70-year-old woman was looted of gold ornament in the same area while she was plucking flowers in the morning.

Truck driver shot at during loot bid in Nayagarh