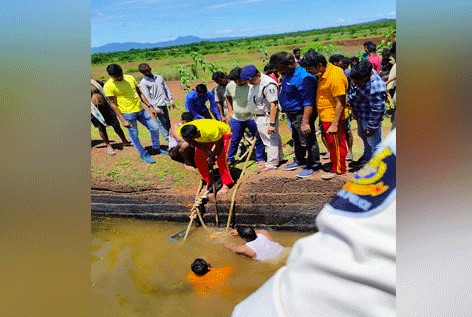 Jajpur: Police recovered an automated teller machine (ATM) from a waterbody at a laterite stone mining area and arrested six robbers in connection with a series of loot cases in Odisha’s Jajpur district on Friday.

The six were nabbed by a team comprising three IICs of the district following raids at different locations in Jajpur.

Those arrested had allegedly uprooted an SBI ATM at Neulpur Bazaar under Dharmasala police limits late on August 24 and decamped with Rs 5,67,500 cash. While five among them are from Rajasthan, Rs 3.68 lakh of looted money has been recovered from their possession, police sources said.

They are also suspected to be involved in a similar incident at Haripur Bazaar under Kuakhia police limits in the district, where miscreants looted Rs 3.92 lakh by breaking the teller machine using a gas cutter, the sources added.

Police suspect the involvement of more people in the ATM loot incidents.