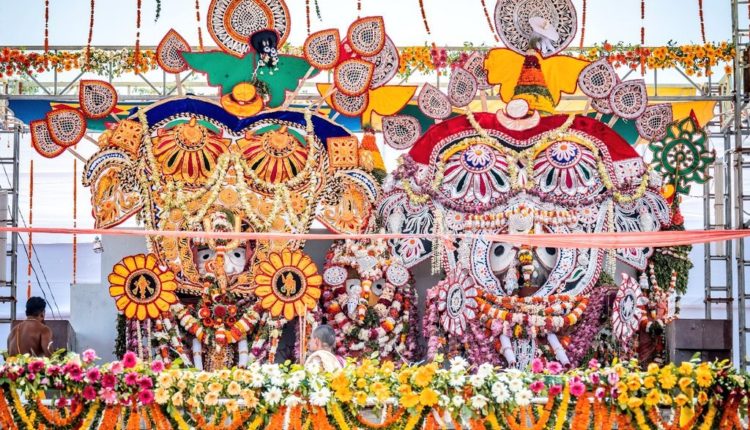 Puri: After the ceremonial public bath, Puspalak and Dutta Mohapatra sevayats on Thursday decorated Lord Jagannath and his siblings Lord Balabhadra and Devi Subhadra in Hati Besha (elephant attire) on the Snana Mandap at the 12th-century shrine.

The sevayats began the Hati Besha of the Lords after the 16-year-old Narayan Mudirasta, the representative of the Puri Gajapati Maharaja and a member of the Pushpalaka sevayat family, performed Chhera Panhara. 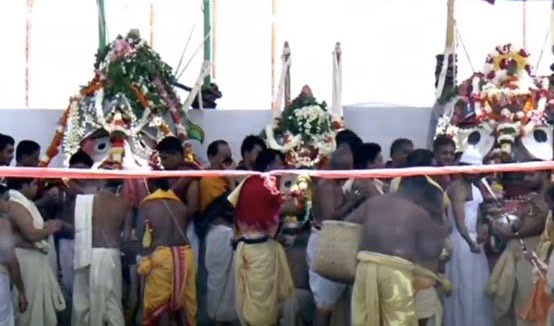 Raghav Das Mutt and Gopalatirtha Mutt in Puri collect materials and prepare items used for decking up the Triad in Hati Besha from Akshaya Tritiya. 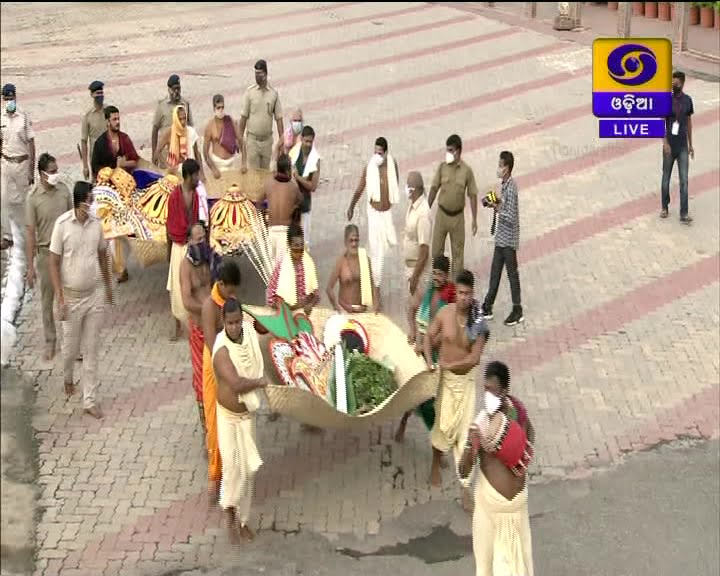 As per the schedule, Lords will remain on the Snana Mandap in Hati Besha till 5 pm after which the Bahuda Pahandi to the Anasara Griha will begin and end at 8 pm.

“All the rituals are being held peacefully and there has been no report of any untoward incident so far. We thank the residents of Puri for their cooperation. Sufficient police forces have been deployed in places where Section 144 is in force,” said Puri SP Kanwar Vishal Singh.