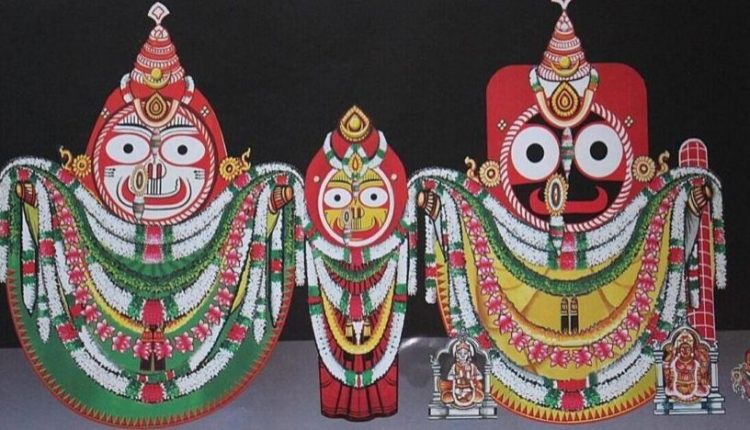 Puri: A large number of devotees thronged Shree Jagannath Temple in Odisha’s pilgrim town of Puri on Thursday to witness ‘Radha Damodar Besha’ of the deities as the siblings were decorated in a unique attire.

Servitors of the 12th-century shrine adorned the sibling deities, Lord Jagannath, Lord Balabhadra and Devi Subhadra in unique attire. This adornment of Lord Jagannath is in consonance with the pastimes of Lord Sri Krishna with his consort Goddess Radha.

The temple witnessed a heavy rush on the occasion as devotees were deprived of the opportunity to witness the attractive besha, considered a symbol of love and affection, for two years due to COVID curbs.

“Lord Jagannath was bedecked as Damodara with the attire of lord Krishna after the daily common rituals like morning abakasa, dhupa and mangala alati,” said Purnachandra Pujapanda Samanta.

Similarly, Radha was adorned as Rai after due permission from Goddess Laxmi. During this period, the Lords are offered ‘Bala Bhoga’.

Describing the besha as unique, he said the month of Kartika is also known as the Radha Damodara month, dedicated to the amorous Rasa Leela of Radha and Krishna. Damodara is another name for Shri Krishna.

The same attire will continue till the end of Karthika as the habisialies worship Lord Jagannath as Krishana-Damodara from this day.