Lost Recipes Of Odisha Get A Window At Culinary Competition 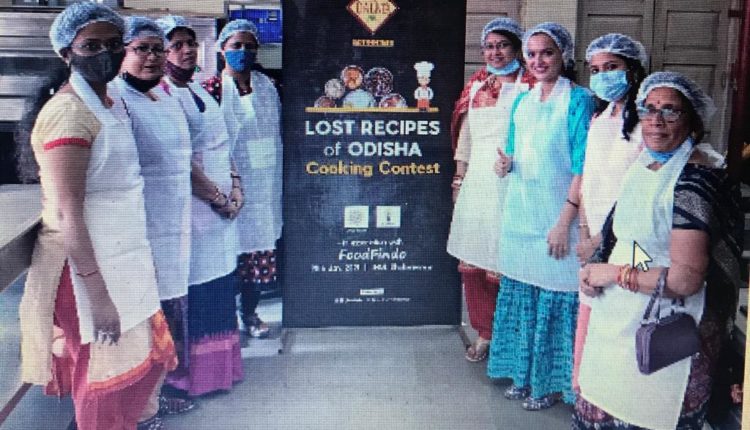 Bhubaneswar: Young food enthusiasts explored the lost recipes of Odisha through a competition in the city on Thursday.

Around 50 contestants participated in the preliminary round of the contest ‘Dalma Lost Recipes of Odisha Cooking’ organised in association with FoodFindo at the Institute of Hotel Management (IHM). Of them, the top 10 were selected for the final round.

A live cooking contest was also held at the venue where the participants prepared their selected recipe which were judged by Ritu Pattanaik, traditional food curator and Sharada Ghosh, Principal, IHM.

Subhasmita Behera from Phulbani was announced winner of the contest for her ‘Jhara Attakalli’, one of the less known recipes from the state.

Sharing her experience, Subhasmita said, “Cooking has been my passion. Though I prepared a simple cuisine, I was confident that it would impress the judges. ‘Jhara Attakali’ is unique to Odisha. There are many such recipes about which people rarely know. We should try to promote those.”

Ritu Pattnaik, who has been curating and doing research on Odia cuisines, appreciated the efforts of the participants.

Speaking about the contest, founder of FoodFindo Rohit Srivastava said, “For the first time, a food programme was organised in the state where emphasis was put on the lost recipes. Such activities will popularise such cuisine and encourage the chefs to contribute.”

Privilege Card For Members Of FoodFindo