Low Pressure In 24 Hours; Bay Of Bengal Likely To Churn Out Storm This Week 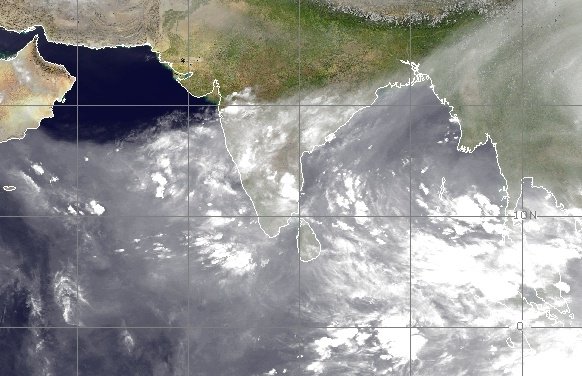 Bhubaneswar: The cyclonic circulation over North Andaman sea and its neighbourhood is likely to concentrate into a low pressure over the Bay of Bengal in the next 24 hours, the India Meteorological Department (IMD) said in its morning bulletin.

“The cyclonic circulation over north Andaman Sea and neighbourhood extending up to 3.1 km above mean sea level persists. Under its influence, a low-pressure area is likely to form over southeast and adjoining eastcentral Bay of Bengal during next 24 hours,” it said.

The national forecaster further said that the system is expected to move west-northwestwards and concentrate into depression by October 22 morning over central Bay of Bengal. “It is very likely to intensify further into a cyclonic storm over westcentral Bay of Bengal subsequently,” it added.

The IMD, however, has made no forecast on the intensity, wind speed and likely landfall of the system, which will be named ‘Sitrang’ if it intensifies into a storm.

According to private forecaster Skymet, mid-October and the second half, as such, offer a conducive and favourable environment for cyclogenesis. “Since the weather system will be positioned rather deep in the ocean, it will encounter support of environmental conditions, so essential for sustenance and growth.  Its rapid accentuation is anticipated and extended sea travel will further raise the heat potential,” a report said.

Meanwhile, AccuWeather lead international forecaster Jason Nicholls tweeted that low pressure is expected to form over the eastern Bay of Bengal over the next couple of days then can strengthen to depression and cyclonic storm this weekend. “Cyclone can make landfall in north Andhra Pradesh, Odisha or Bengal early next week. Storm can peak as a severe cyclonic storm or very severe cyclonic storm,” he added.