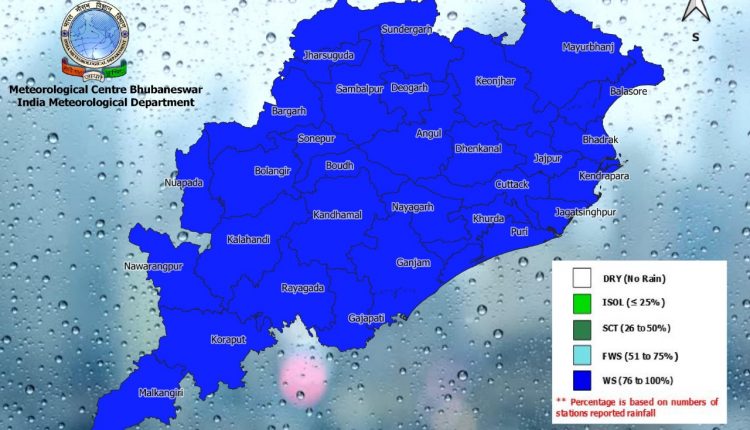 Bhubaneswar: The India Meteorological Department (IMD) on Thursday issued a yellow warning for Koraput and Nabarangpur districts in Odisha. Some parts of these two districts are likely to receive heavy rainfall in the next 24 hours due to a low pressure over the Bay of Bengal.

Lightning and moderate rainfall are likely in Malkangiri and Mayurbhanj during this period.

The Met office said that the cyclonic circulation over the Myanmar coast and adjoining Gulf of Martaban persists. It is likely to move northwestwards and emerge into northeast and adjoining east-central Bay of Bengal. Under its influence, low pressure is likely to form over the same region on September 24 evening and move westnorthwestwards towards Odisha coast during the subsequent 48 hours.

“Under its influence, heavy rain will lash Odisha from September 26. The rainfall activity will be widespread for the next three days till September 28,” said IMD Director-General Mrutyunjay Mohapatra.

While IMD has forecast light to moderate rain in Odisha on Friday (September 24), it has issued a yellow warning for the next three days.

On September 25, thunderstorm with lightning is very likely at one or two places in Balasore, Bhadrak, Jajpur, Kendrapara, Cuttack, Jagatsinghpur, Puri, Khurda, Nayagarh, Ganjam, Gajapati, Keonjhar, Mayurbhanj, Dhenkanal, Koraput, Malkangiri, Rayagada. Light to moderate rain or thundershower is also likely at many places in coastal Odisha and South interior Odisha and a few places in the rest of the state. 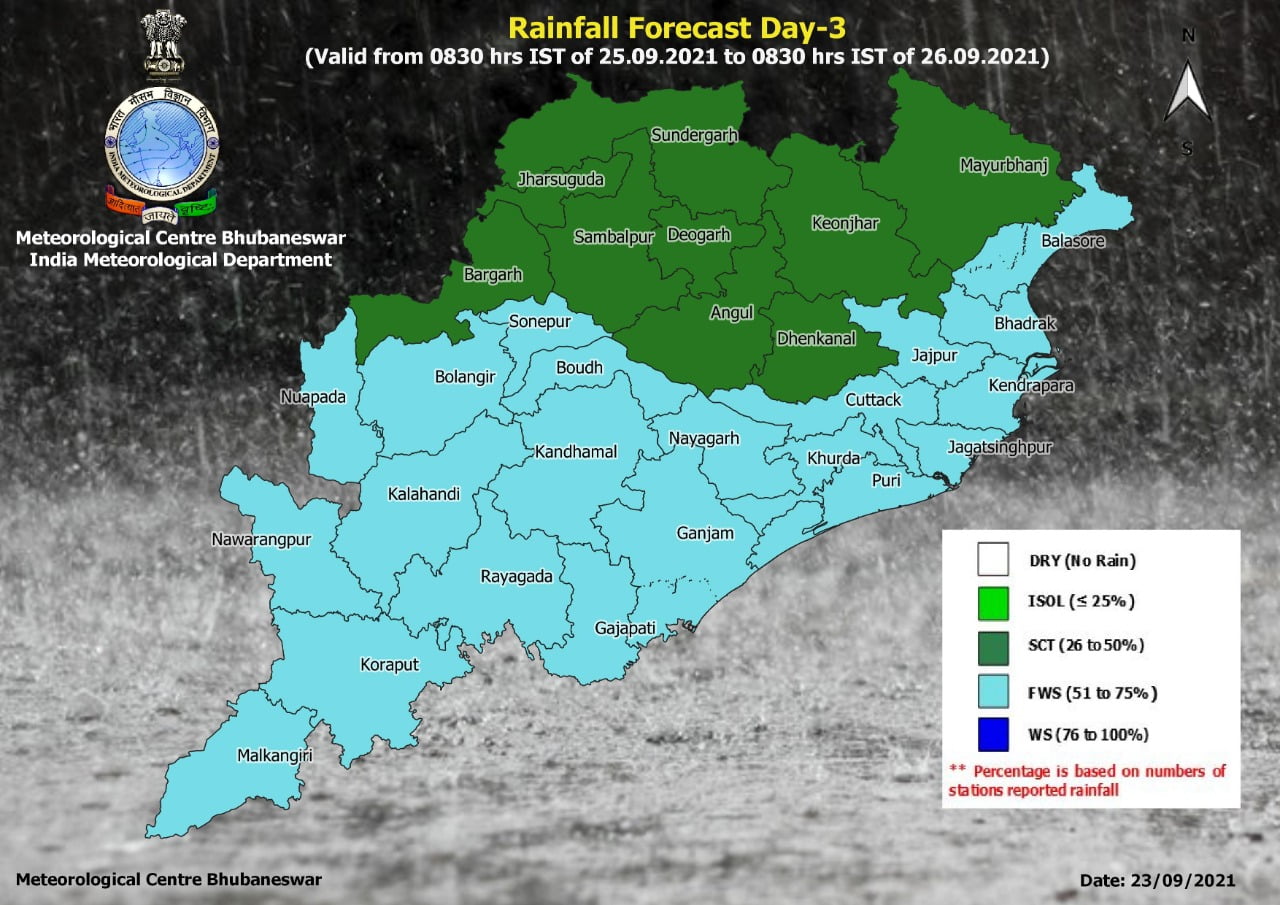 There will be heavy rainfall at one or two places in Puri, Ganjam, Gajapati, Malkangiri, Koraput, Balasore, Bhadrak, Jagatsinghpur, Kendrapara Khurda, Nayagarh, Rayagada, Kandhamal, Cuttack and Nabarangpur on September 26. 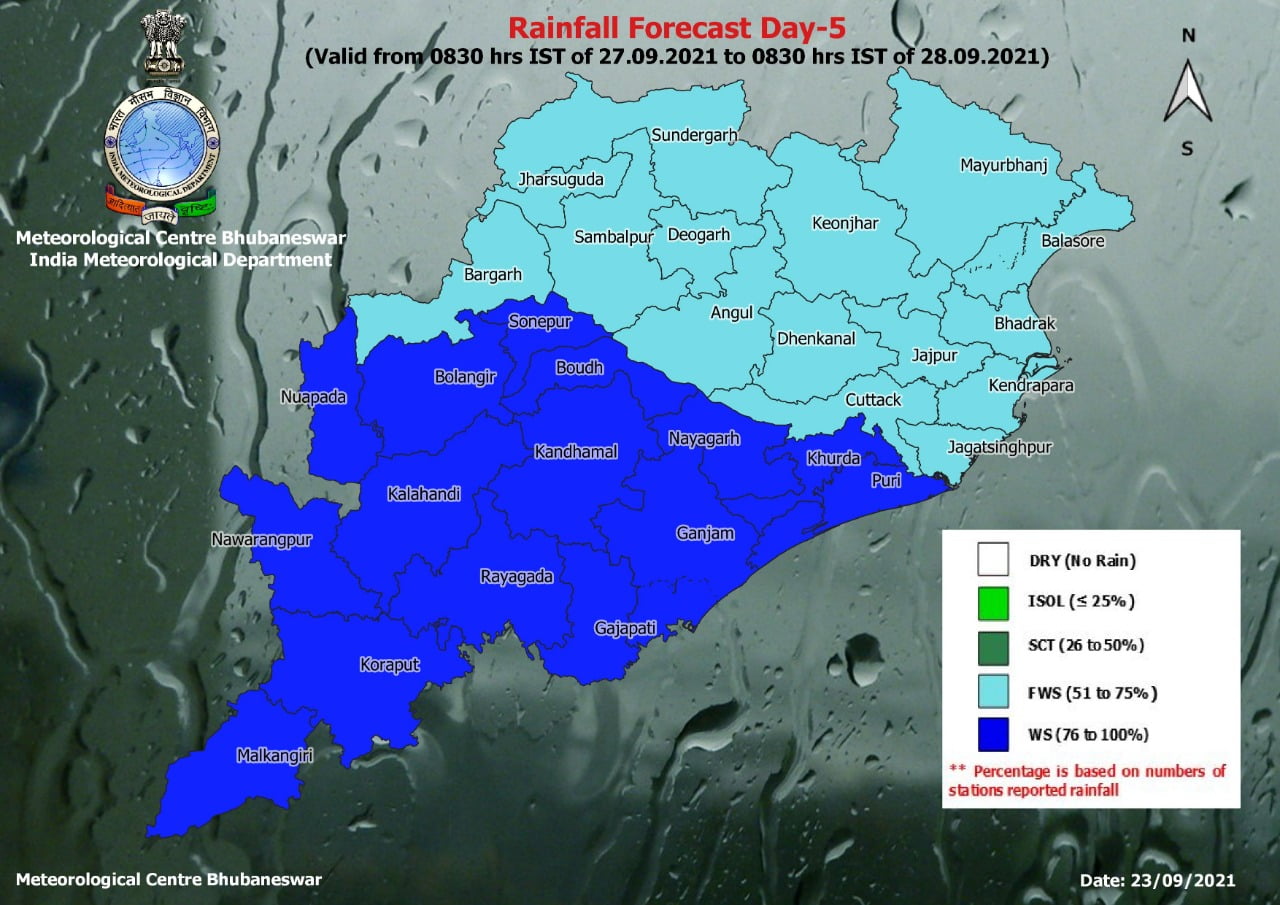 North Chhattisgarh will experience rain on Thursday and the intensity will decrease from the following day, Mohapatra said, adding that the low pressure will head towards Madhya Pradesh.

Also Read: Another Low Pressure To Trigger Heavy Rain In Odisha In Next 36 Hours