Low Pressure Likely Over Bay In 48 Hours; Check Forecast For Odisha & Other States 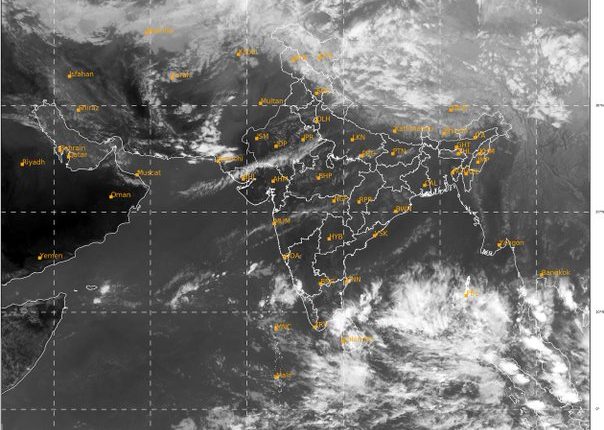 Bhubaneswar: A cyclonic circulation lies over Southwest Bay of Bengal and the adjoining Equatorial Indian Ocean and it is likely to intensify into a low pressure over the same region during the next 48 hours, the India Meteorological Department (IMD) informed on Tuesday.

The IMD has, however, forecast dry weather for Odisha till 8.30 am on November 13 with little change in the weather conditions thereafter. Shallow to moderate fog is likely to occur at one or two places in Angul, Dhenkanal, Cuttack, Khurda, Puri, Jagatsingpur, Nayagarh, Ganjam, Kandhamal, Gajapati and Kalahandi in the early hours of Wednesday.

Notably, the November 3 North Indian Ocean Extended Range Outlook for Cyclogenesis had predicted the formation of a low-pressure over the southwest Bay of Bengal off the Sri Lanka coast towards the end of week 1 or at the beginning of week 2. “The system is likely to move west-northwestward towards Tamil Nadu coast and a slight intensification to become a depression during the first half of week 2,” it added.

International forecasting manager, Accuweather, Jason Nicholls also tweeted: “A low can form over the SW Bay of Bengal around midweek can strengthen some before bringing heavier rain to S Andhra Pradesh, Tamil Nadu, Puducherry and Sri Lanka late this week into the weekend.”

Auditions For Roles In Dhanu Yatra Underway In Odisha’s Bargarh