Low Pressure Over Andaman Sea Likely In 36 Hrs, To Head For Odisha Coast 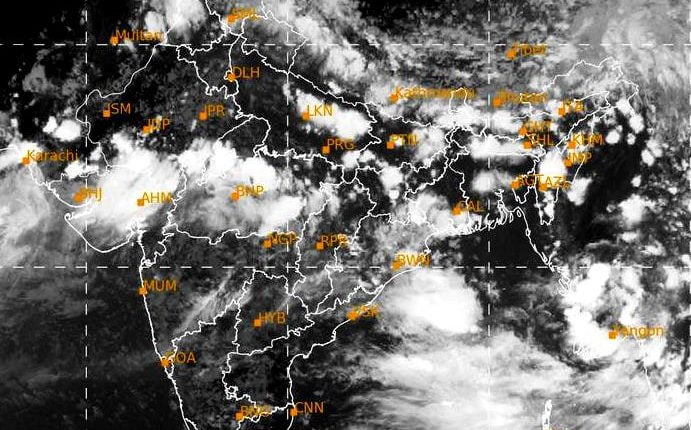 Bhubaneswar: A low pressure is very likely to be formed under the influence of the cyclonic circulation over north Andaman Sea and its neighbourhood in 36 hours.

Under its influence, a low pressure area is very likely to form over the same region during next 36 hours. It is likely to become more marked and move west­orthwestwards towards South Odisha and North Andhra Pradesh coasts during subsequent 4­-5 days.

The north­south trough spreads roughly along longitude 90°E to the north of latitude 22°N at 3.1 km above mean sea level.

Meanwhile, the conditions are becoming favourable for further withdrawal of southwest monsoon from some more parts of Gujarat, Chhattisgarh, Maharashtra, Odisha and West Bengal and most parts of Madhya Pradesh, Jharkhand and Bihar during next 2 days.

The IMD has forecast that light to moderate rain or thundershower is very likely to occur at one or two places in Coastal Odisha, Mayurbhanj, Keonjhar, Dhenkanal,
Kandhamal, Rayagada, Malkangiri and Koraput districts of Odisha while dry weather is very likely to prevail in rest districts.