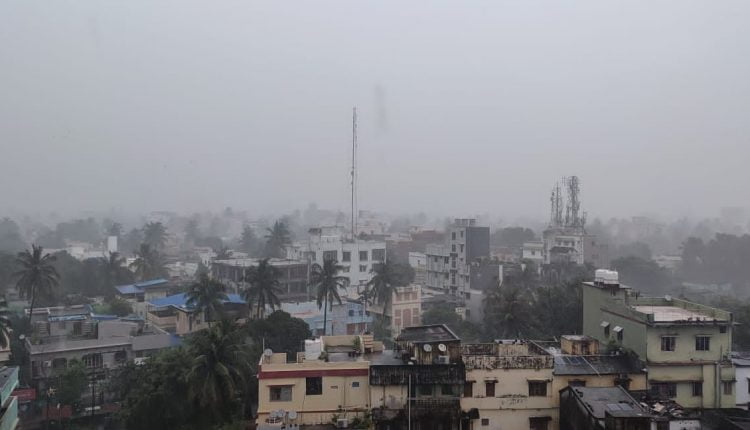 Bhubaneswar: While the Bhubaneswar Meteorological Centre has forecast an increase in the intensity of rain in Odisha from August 5, a cyclonic circulation over the Bay of Bengal is expected to move closer to the coast during this period.

“Active monsoon conditions will be back with BoB hosting a low-pressure area shortly. It is likely to traverse along the coastline of Andhra Pradesh and South Coastal Odisha by August 4,” private weather forecaster Skymet said.

The weather system is likely to become organised and more marked along and off Odisha coast and northwest BoB. A low-pressure area is likely to form on August 5 or 6, supported by circulation up to the medium levels of the atmosphere, it added.

Heavy to very heavy rainfall is very likely at one or two places in Malkangiri, Koraput, Gajapati and Ganjam, and heavy rainfall at some places in Rayagada, Nabarangpur, Kalahandi, Kandhamal, Puri, Khurda, Jagatsinghpur, Cuttack, Dhenkanal, Kendrapada, Jajpur, and Nuapada on August 7, it added.

The SOA’s Centre for Environment and Climate (CEC) in Bhubaneswar had also predicted very heavy rainfall in the coastal and southern districts between August 7 and 9 under the influence of a low-pressure area over BoB.  A cyclonic circulation, likely to form over the Bay of Bengal along Odisha coast on August 4 or 5, will develop into a low-pressure area after 2-3 days, a CEC bulletin said. Numerical models indicate that the system might gradually intensify into a deep depression on August 9, it added.