Low Pressure To Trigger Heavy Rainfall In Odisha In Next 48 Hours; Know The Forecast Till Sept 22 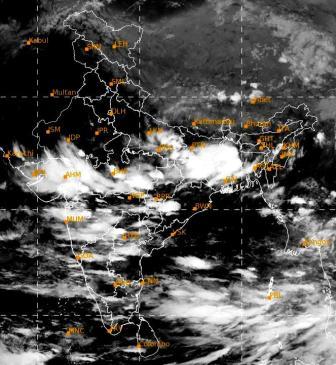 Bhubaneswar: With a low pressure all set to form over the Bay of Bengal in the next 72 hours, the India Meteorological Department (IMD) on Thursday sounded heavy to very heavy rainfall warning for 14 districts of Odisha.

In a mid-day bulletin, the IMD said that a cyclonic circulation formed over the north coastal Andhra Pradesh and neighbourhood will concentrate into a low-pressure area over the north-east Bay of Bengal and neighbourhood on September 20. Under its influence, the rainfall activity will begin in Odisha from September 18 with heavy rainfall at one or two places with isolated heavy to very heavy rainfall at some places in the south coastal, south and interior Odisha. Apart from this, moderate rainfall, thunderstorm and lightning will continue in the remaining parts of the state.

The rainfall will continue for five days till September 22, the weatherman said.

In view of the heavy rainfall, the IMD has issued yellow and orange warning for the following districts.

September 20
(Yellow warning)
Heavy rainfall at one or two places in Malkangiri, Nabarangpur, Koraput and Rayagada.