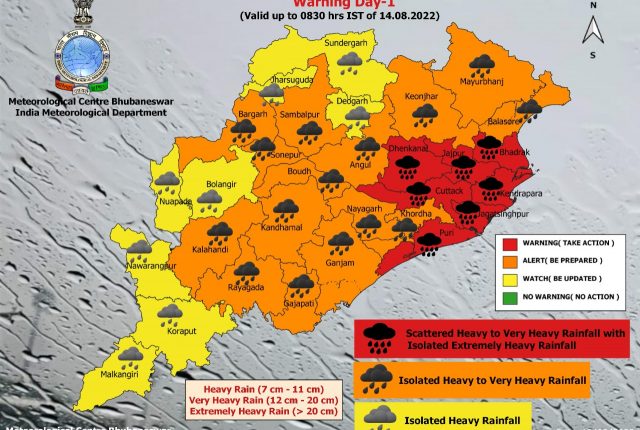 Bhubaneswar: The India Meteorological Department (IMD)’s regional centre here on Saturday forecast heavy rainfall for the next five days in Odisha in the wake of the low-pressure area that has formed over the north Bay of Bengal.

The IMD issued a red warning for the next two days when heavy to very heavy rainfall is very likely to occur over various districts of the state. On August 13, red warning has been issued to Puri, Cuttack, Jagatsinghpur, Kendrapada, Dhenkanal, Jajpur and Bhadrak.

Several districts of the state are expected to witness intense spells of rain as orange and yellow warnings continue for the next three days.

“A low-pressure area has formed over the north Bay of Bengal at 8.30 am today. An associated cyclonic circulation extends up to 7.6 km above mean sea level tilting southwards with height. It is very likely to move west-northwestwards, become well-marked during the next 12 hours and concentrate into a depression during the subsequent 24 hours,” the IMD bulletin said. 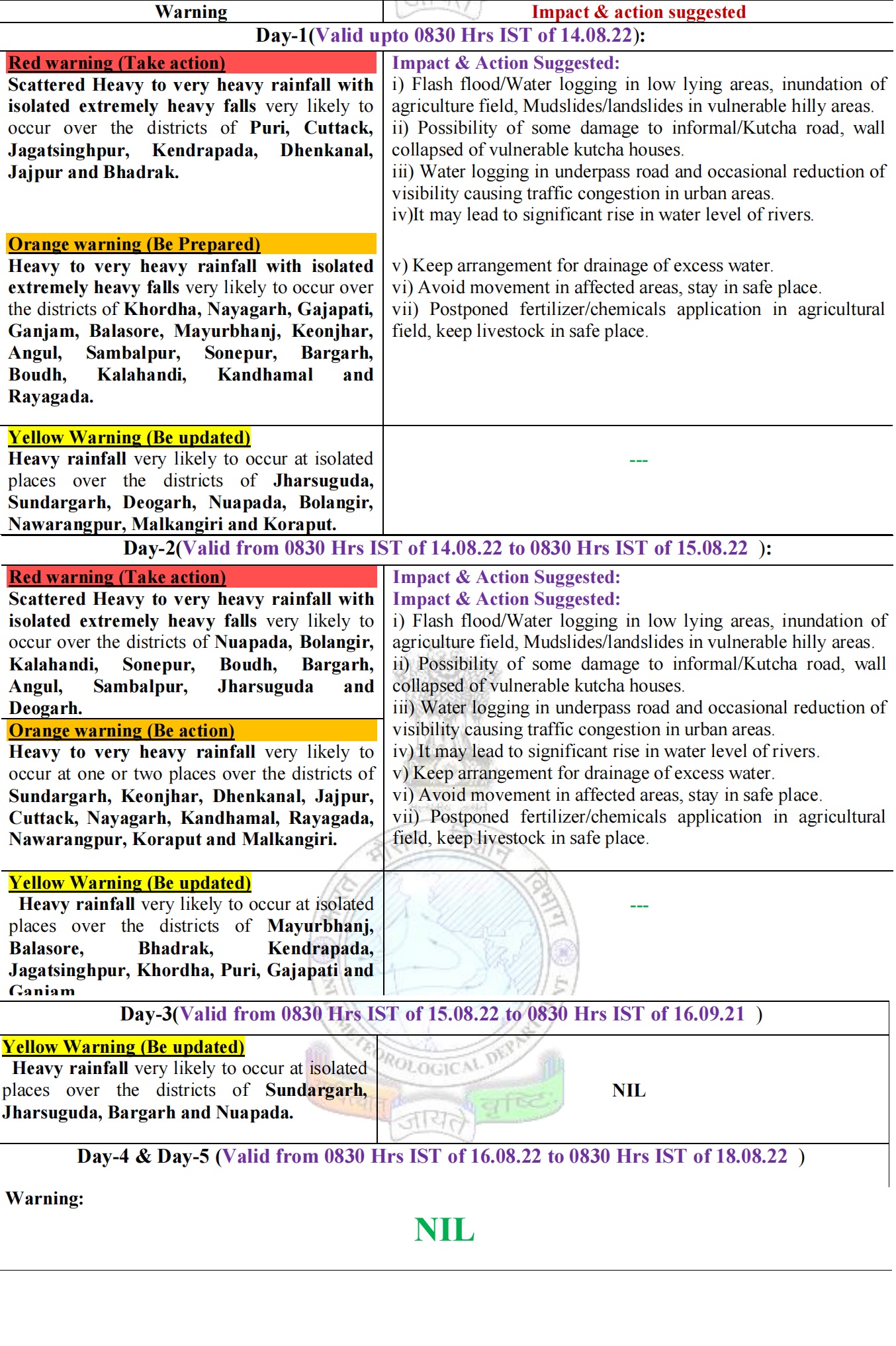