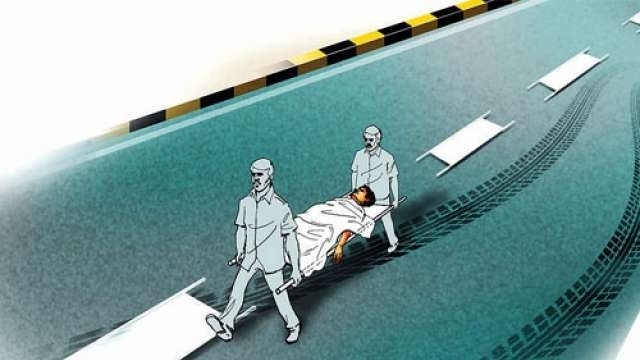 Boudh: Three persons sustained grievous injuries after a LPG cylinder-laden truck skidded off the road and plunges 40 feet down at Jogipathar under Purunakatak police limits in Boudh district late on Saturday.

The mishap took place occurred near Madhpur Square when the truck was passing through a hilly terrain. Three persons, including the driver and the helper of the truck, were critically injured.

They were rushed to Purunakatak CHC and later shifted to Veer Surendra Sai Institute of Medical Sciences and Research in Burla after their deteriorated condition.