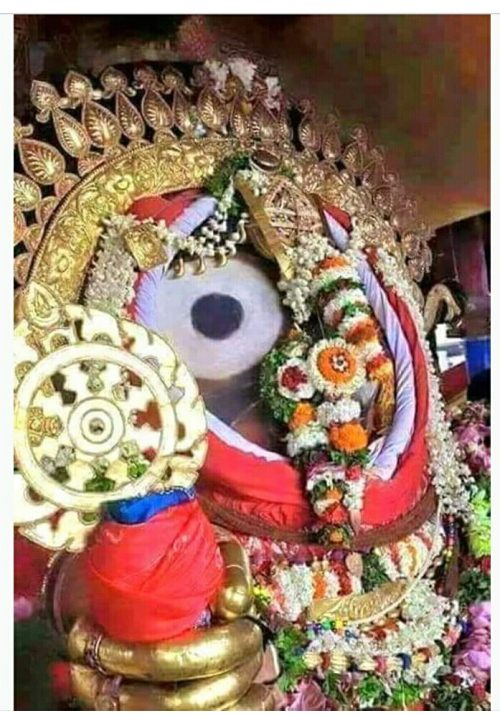 Bhubaneswar: The Niladri Bije ritual of taking the sibling deities inside their abode at Srimandir in Puri has been preponed to Monday in a view of partial lunar eclipse on July 17.

As per the Niladri Bije tradition, Lord Jagannath will offer Rasagola to Maa Lakshmi to appease her. Maa Lakshmi is was angry because the Lord did not take her to Gundicha Temple along with him during Rath Yatra.

Mangala Alati was held at 4 am today. The Mailam, Tadapalagi, Abakasa Niti and Gopala Ballabha rituals were held till 6.30 am.

The Pahandi (procession) will be started from 4 pm. It is scheduled to be concluded by 10 pm.

Notably, the devotees were getting darshan outside the temple after Bahuda Jatra.

For the lunar eclipse, the rituals at Jagannath temple will be  suspended from 4.31 pm on July 16.

The eclipse will be visible in Odisha and other parts of India.

In Pictures: Rath Yatra Concludes With Niladri Bije Of Lord…