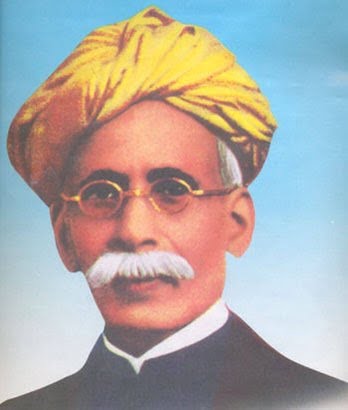 Bhubaneswar: The man whom Mahatma Gandhi described as a great patriot, who wore himself out in giving shape and reality to various nation-building schemes, is none other than an Odia, known as Utkal Gourav Madhusudan Das. He was born on April 28, 1848 in a village called Satyabhamapur, 50 kilometres from Bhubaneswar, the capital of Odisha.⁠⁠⁠⁠⁠⁠ He was known as ‘Utkal Gourav’, which means ‘Pride of Utkal’, and was a versatile person being also a legislator, poet, freedom fighter and advocate.

People fondly called him ‘Madhu Babu’. He was a down-to-earth person, despite achieving many firsts, which includes the first graduate and advocate of Odisha, first Odia to be a member of both the Legislative Council and Central Legislative Assembly of the then Bengal-Bihar-Orissa, first Odia to sail overseas for education etc. Madhu Babu founded Utkal Sammilani, which brought a revolution in the social and industrial development of Odisha.

His long political fight united Odias, leading to the formation of Odisha (earlier spelt as Orissa), India’s first state based on language, on April 1, 1936. He founded the Utkal Tannery in 1905, a factory producing shoes and other leather products. In 1897, he founded the Orissa Art Ware Works. He lent his support to the tarakasi (filigree) work of silver ornaments in Cuttack. He spent all his wealth for the country and declared himself insolvent. Yet, very little or no recognition has been given to Madhu Babu for his contribution to the Municipal Government in India and it is pertinent to remember his contribution on his birthday.

The Bihar Orissa Municipal Bill was introduced in the Provincial Council at Patna on November 28, 1921 in the third session. From August 1, 1922, the Bill was discussed in detail after it was sent by the Select Committee in the House. It was finally approved on August 23, 1922 and came into force on January 1, 1923.

On January 30, 1923, Madhu Babu delivered a speech in the Bihar Orissa Legislative Council on Local Self Government. “People are anxious to have ‘Swaraj’ and the emperors have promised it. ‘Swa’ means ‘Self’. Whoever be the ultimate authority to whom people are responsible there is a part in this particular system of administration in which ‘Self’ forms a prominent and important factor. I do not believe that people in India have a caste-iron mind, they are not insensible to the benefits they receive from a popular system of administration”.

The old Bengal Municipal Act III (B.C.) of 1884, which was in force since 38 years, was replaced because it failed to address the need of the time with the Bihar Orissa Municipal Act VII 1922, which was in accordance with modern ideas. The Act brought several substantial changes in the constitution, power and nature of municipal bodies in Bihar & Orissa Province. The Act increased the number of Commissioners from 30 under the Bengal Municipal Act III (B.C.) of 1884 to 40 and increased the proportion of elected commissioners from two-third to four-fifth of the total number and one-fifth would be nominated by the government, thus the Act brought an opportunity of getting wider people’s participation.

The proportion of nominated members was reduced substantially and official control over the budget and other matters too reduced. The government, however, retained the power to bring uniformity in rules in certain cases but the Commissioners enjoyed extensive powers to frame by-laws and thereby adapt the Act to changing local conditions.

The Commissioner held office for a period of three years from the date of General Election. Even Bihar Orissa Municipal Act VII 1922 ensured all the Municipal Bodies in the province had the right to elect the Chairman as no longer the Government Officer could hold the office or vote for Chairman.

Similarly, his birthplace should be declared as a national monument and research centre on local government as a fitting tribute Madhu Babu on his 175th birthday in a year’s time.