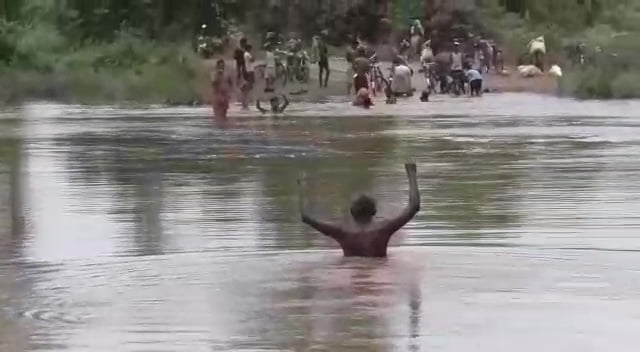 Bhubaneswar: With the release of floodwater of Mahanadi from the Hirakud Dam, the flood threat is looming large in four districts of Odisha.

Similarly, floodwater of Mahanadi has entered the riverside villages and other low-lying areas in Boudh district, disrupting road communication in several panchayats.

In Sonepur district, the floodwater of Mahanadi has entered Baurijor nullah. As a result, the floodwater was flowing over five feet on the approach road of the Baurijora bridge disrupting road communication to and from Boudh, Redhakhol and Athamallik.

In Khurda district, the floodwater of Rajua river has entered Tirimula village of Orabarasing panchayat

Following torrential rain in the upper catchment, the authorities of Hirakud Dam have opened 20 gates for the release of floodwater.

However, floodwater is most likely to recede as the India Meteorological Department (IMD) has predicted dry weather in Odisha in the next two days.