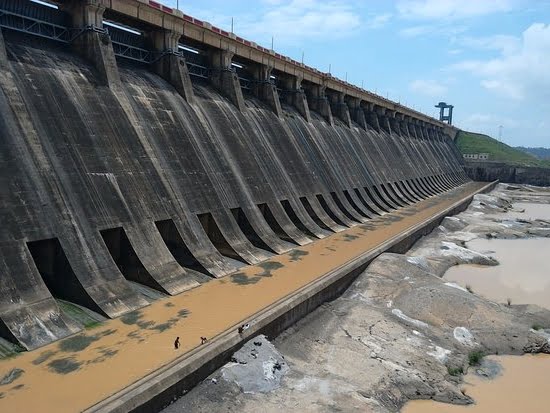 Bhubaneswar: The mighty Hirakud dam is low on water. Is Chhattisgarh to be blamed or is it climate change or Odisha’s mismanagement? Let’s find out.

Experts point out that the current problem is due to deficit rainfall in the upper catchment region of the Mahanadi. “Climate change is the reason why we are receiving deficit and irregular rainfall. There has to be new plans that will help us adapt to climate change,” explained water activist Ranjan Panda.

While both Odisha and Chhattisgarh are at loggerheads, experts such as Sudarsan Patnaik of Mahanadi Bachao Andolan had noted in a recent event that Chhattisgarh was illegally building 1,802 structures on the river.

However, Lalit Patnaik, a retired engineer and secretary of Swabhimaan Odisha Mancha,  said the neighbouring state was only responsible for water shortage in the Hirakud dam in the non-monsoon months. “We used to receive 2 million cubic metre (MCM) of water during the non-monsoon time, but now it has reduced to only 0.7 MCM,” he said.

Patnaik explained how Chhattisgarh has built 8 barages, starting 30 km from the Hirakud dam at Kalma. These barrages supply around 1,200 MCM water to 45 industries in Chhattisgarh. “During monsoon, water comes in and there isn’t a shortage as they cannot hold so much water,” he said.

Patnaik alleged that the Odisha government has not delivered on its promise to build 24 anicuts (smaller barrages) in the small feeder rivers such as Aung and seven barrages on the main Mahanadi river. These would be crucial to store rainwater falling inside Odisha, he explained. “Where will the rainfall in the lower regions go?”

Replanting of lost forests and creation of new ones are extremely essential, said Panda. Also, there has to be an effort to conserve flood plains and include them in the green zone. “As far as urbanisation is concerned, we need de-concretisation to whatever extent we can,” stated Panda. “Mining, particularly of coal, should be reduced from the point of view of climate change,” he added. There is also a need to harvest rainwater in urban areas as this is what is leading to flooding of roads in cities, he explained.

He also stated that it is important to plant native trees carefully by keeping local people and farmers in the loop. If things are carried out in an agro-ecological model, then it will be more effective.