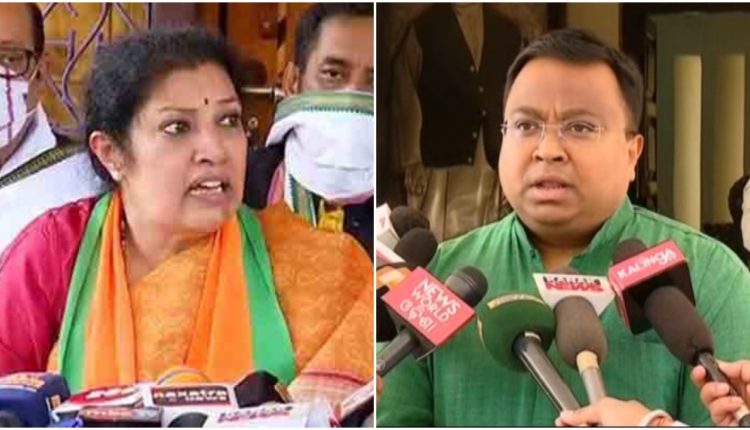 Bhubaneswar: The ruling BJD in Odisha on Thursday dismissed the opposition BJP’s allegation of ‘biased’ probe into the murder of saffron party leader Kulamani Baral and his associate Dibyasingha Baral in Mahanga block of Cuttack district.

Reacting to the statement of the BJP’s Odisha ‘prabhari’ D Purandeswari, BJD spokesperson and Rajya Sabha member Sasmit Patra said the BJP leader is unaware that the accused in the case have been arrested within 48 hours.

“She is probably also unaware that the BJD government has zero tolerance towards violence and has been taking strict action against the culprits which have led the people of Odisha to bring the party to power for five successive terms,” Patra added.

He further said stern action is being taken by the police and the victims will surely get justice.

Earlier, briefing the media in Nruttanga village of Mahanga, Purandeswari expressed concern over the mode of investigation and intentions of the state government.

“Why has Law minister Pratap Jena not been arrested despite being named in the FIR? Why have the police spared him? I urge Chief Minister Naveen Patnaik to keep tabs on what is happening in the state,” she said.

Stating that BJP leader Bikash Jena of the same area was murdered in 2018 for exposing irregularities in the PM Awas Yojana, she said Kulamani and Dibyasingha have been murdered for bringing the glaring irregularities by the local BJD leaders.