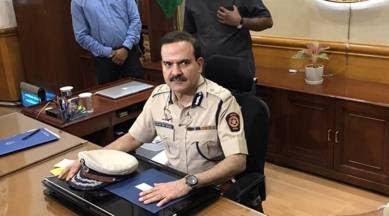 Chief Minister Uddhav Thackeray cleared the file ordering suspension of Param Bir and another DCP-rank officer after returning to work from a three-week hospitalization.

Param Bir, who is being probed in an extortion case, also has a number of FIRs against him in the Antilia explosives case and murder of Thane businessman Mansukh Hiren. After senior inspector Pradeep Sharma and assistant inspector Sachin Waze were arrested, Param Bir Singh alleged that the government and Home minister Anil Deshmukh had asked police to make a collection of Rs 100 crore.

A proposal to suspend all police officials named in the FIRs filed in Param Bir case was forwarded, but it was sent back by additional chief secretary (Home) Manukumar Shrivastava, who wanted specific roles to be defined.

A proposal to suspend Param Bir and a DCP was moved thereafter. Though it was cleared by Home minister Dilip Walse Patil some time back, it was waiting for a final nod from the CM.

Meanwhile, a Mumbai court cancelled the proclamation declaring Param Bir a ‘proclaimed offender’ in connection with an extortion case.