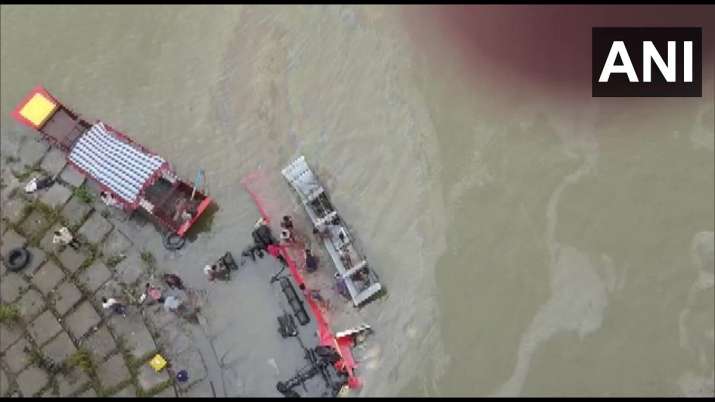 New Delhi: At least 13 people were killed and several others were injured after a bus plunged into the Narmada river in the Dhar district, Madhya Pradesh, on Monday morning.

The Maharashtra Roadways bus was going from Indore to Pune when the accident took place.

The Pune-bound bus fell off the Khalghat Sanjay Setu after breaking the railing on the bridge in Dhar.

“About 40 people were onboard the bus and 13 bodies have been recovered so far,” Narottam Mishra, Madhya Pradesh Home Minister, said.

Nearly 15 people have been rescued so far. Further details are awaited.

“The district administration team is present at the accident site. The bus has been removed. I am in constant touch with Khargone, Dhar district administration. Instructions have been given to make arrangements for proper treatment of the injured,” Madhya Pradesh Chief Minister Shivraj Singh Chouhan said in a tweet, expressing grief over the loss of lives in the accident.

The MP CM also called his Maharashtra counterpart, Eknath Shinde, and apprised him of the current situation at the accident site.