Major Fire Breaks Out At Power Plant In Telangana, 9 Trapped 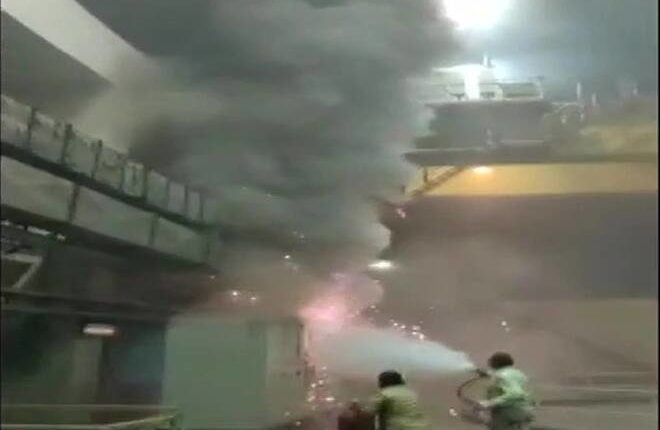 Hyderabad: Nine people were trapped after a major fire broke out at a hydroelectric power plant in Telangana late on Thursday night.

Nineteen people were on shift when the fire broke out at the Srisailam hydroelectric plant, which is near Telangana’s border with Andhra Pradesh, at 10.30 pm. While 10 people managed to escape, nine others, including a division engineer, four assistant engineers, two junior plant attendants and two others got trapped inside.

According to initial reports, a short circuit at the underground hydroelectric power station situated at Srisailam’s dam left bank is suspected to have led to the fire.

“As soon as the fire started, they tried to trip the units but that couldn’t happen. So we isolated the 400 KV input and all units were tripped,” NDTV quoted Telangana Transco CMD D Prabhakar Rao as saying.

“The project unit operates at multiple levels. Those in the control room are said to have managed to come out. Others at lower levels couldn’t come out because of the smoke. The current being switched off also hampered rescue and escape efforts,” said another official.