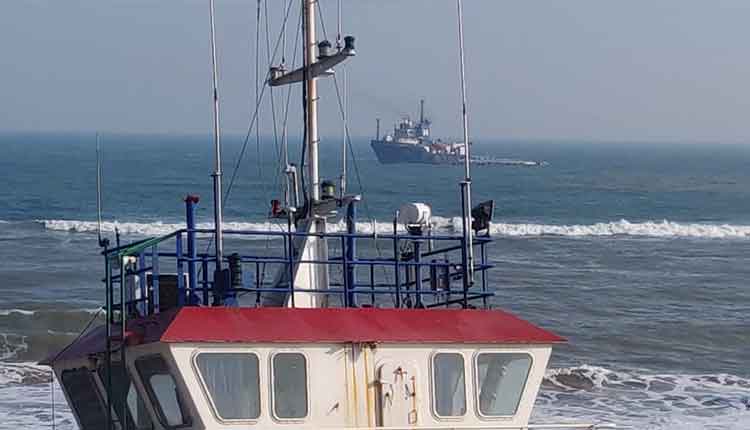 Puri: After hours of effort, the tugboat MV-Cheetah finally removed the stranded Malaysian cargo ship “Jin Hwa 32’ from the shore of Chilika Lake in Odisha’s Puri district on Sunday night.

Reports said the tugboat of Singapore with 15 crew members had arrived in Chilika on Saturday afternoon to drag the cargo ship to the deep waters. The crew began the operation on Sunday but could not succeed. However, after the hour-long efforts, they finally dragged the ship to the deep waters late in the night.

Sources said that the cargo ship will leave for Malaysia after filling the oil which was removed on the order of the district administration.

The ill-fated ship with seven Malaysians, two Filipinos and one Indian on board, was on way to Visakhapatnam port to pick up new cargo after unloading its shipment in Bangladesh when it got caught in a storm in the Bay of Bengal and drifted towards Odisha at night and got stuck near Rajhans on the Chilika shore on August 7.

As the hull of the cargo ship was stuck to a depth of about 50-60 feet near the shore, the ship began to tilt to one side due to tidal wave.

This Indian-Origin Singaporean Man Was Jailed For…