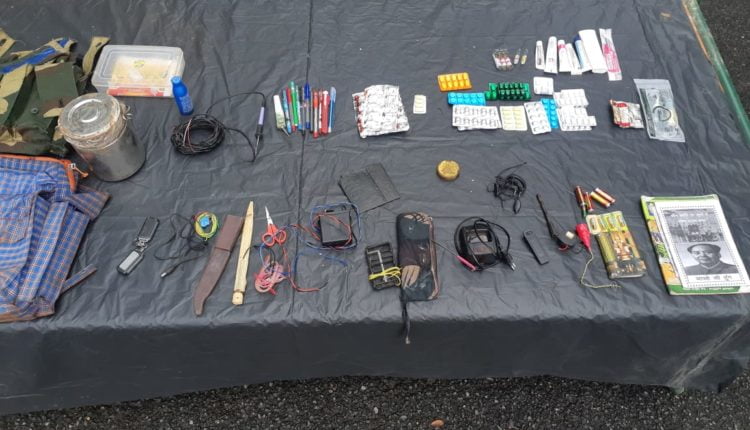 Malkangiri: The Odisha Police on Friday released a list of seizures following the joint operation by SOG/DVF and Grey Hounds of Andhra Pradesh in Jantri forests of Swabhiman Anchal in which a Maoist leader was gunned down the previous day. 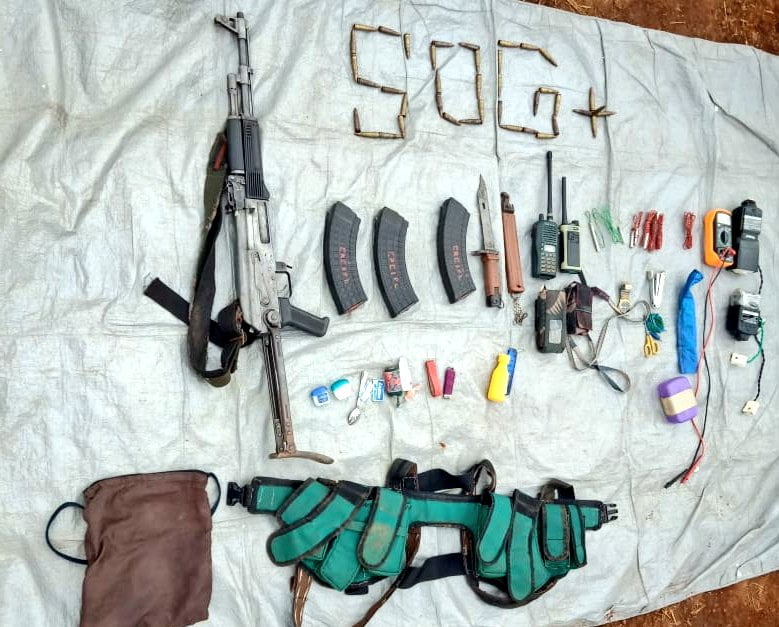 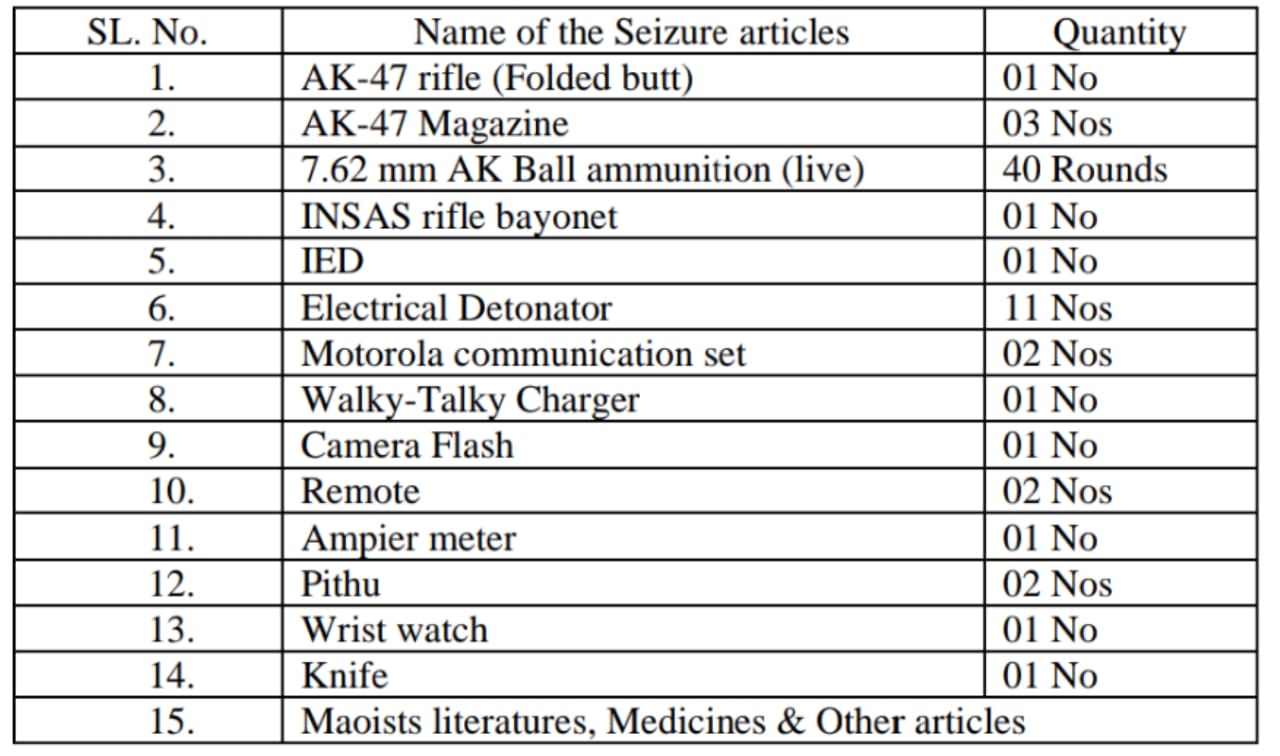 Maoist leader Kishore was gunned down by the security personnel during the while another, identified as Laxman Galori, sustained injuries in the gun battle. Kishore, who was carrying a cash reward of Rs 8 lakh on his head, was the military platoon commander of the banned CPI (Maoist).