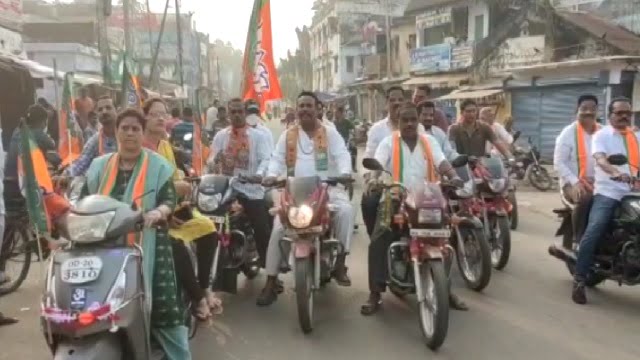 Gajapati/Jharsuguda: Schools, colleges and markets have been shut and traffic movement affected on Saturday in Gajapati and Jharsuguda districts following the BJP’s bandh call.

Demanding the resignation of Minister of State for Home Dibya Shankar Mishra in the Mamita Meher murder case, the BJP is observing a 12-hour bandh in Gajapati district and an eight-hour bandh in Jharsuguda district.

Emergency and essential services have been exempted from the bandh.

The BJP observed bandhs in Boudh, Balasore, Kendrapara, Jagatsinghpur, Subarnapur, Nuapada, Sambalpur, Balangir and Kalahandi districts last month, demanding the dismissal of the minister and a CBI probe into the case.

The Congress has also called a bandh on November 12 if Mishra does not resign from his post.