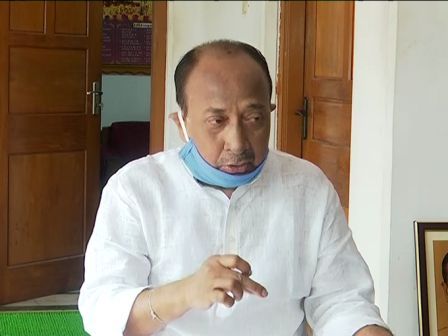 Bhubaneswar: Hours after Congress’ Santosh Saluja raised the ‘Raipur Theory” in schoolteacher Mamita Meher’s murder case, veteran Odisha politician Bijoy Mohapatra on Monday said that meeting in the state capital of Chhattishgarh was held not once but thrice in the presence of Minister of State for Home Dibya Shankar Mishra.

Saluja had earlier told the media that Mamita and the main accused, Govind Sahu, were in Raipur from September 20-23. “The minister tried to settle a dispute in an apartment. Govind deposited money in Mamita’s account after she returned,” he alleged.

Mohapatra said that these are just the first few pages of the story. “More explosive facts will emerge soon,” he said.

The BJP leader further alleged that Sahu was in touch with the minister while at the police barrack at Titlagarh. The main accused had made a dramatic escape from the barrack, where he was detained for five days following a missing complaint lodged by Mamita’s family, on October 17. He was nabbed from a sugarcane field at Budhipadar in Balangir two days later.

It is being alleged that the minister shared close links with Sahu and also visited Sunshine English Medium School In Kalahandi, where Mamita worked. The accused is the president of the school management committee.

Mohapatra said that the minister owns massive assets in Raipur. “None of the questions raised by the opposition has been answered by the government. The police administration is also mum over the allegation of the botched-up investigation,” he said.

“A non-Odia officer is looking after the police administration and he will also be dragged into the case over deteriorating law and order situation in the state,” he added.

The minister had earlier issued a statement saying he would resign if his complicity in the case is proved.