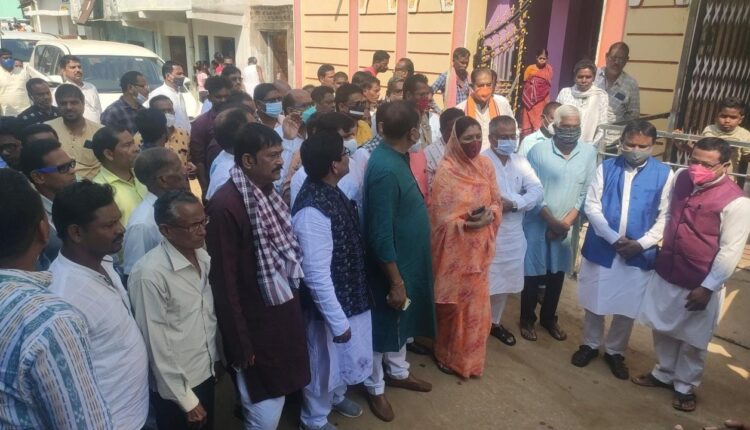 Sambalpur: Keeping up the pressure on the Naveen Patnaik government to dismiss Minister of State for Home Dibya Shankar Mishra over his alleged complicity in the Mamita Meher murder case, the Bharatiya Janata Party (BJP) on Monday enforced a 12-hour dawn-to-dusk bandh in Odisha’s Sambalpur district.

The BJP also plans to gherao SP offices across Odisha. The party has already observed bandhs in Kalahandi, Balangir and Mayurbhanj districts, demanding a CBI probe into the incident and dismissal of Dibya Shankar Mishra.

Tuesday’s bandh began at 6 am and will end at 6 pm. BJP workers were seen picketing in Kuchinda, Rengali, Redhakhol, Burla, Hirakud and other places in Sambalpur. All shops, markets and government offices are closed in the district.

The women activists raised questions on the role of the Minister of State for Home in the murder of the Sunshine English Medium School teacher and demanded his immediate dismissal.

Mamita (26), a teacher at Sunshine English Medium School at Mahaling in Kalahandi district, had gone missing on October 8. Her family members had alleged the involvement of Govind Sahu, president of the school managing committee. Opposition parties have alleged Dibyashankar Mishra was close to Sahu.

Sahu had been detained after an FIR was lodged against him by Mamita’s brother. However, he managed to escape from Titlagarh police barrack on October 17. He was apprehended on October 19.

During interrogation, he revealed that he had murdered Mamita fearing that she might expose his extra-marital affair. Sahu is facing charges of killing Mamita, burning her body and burying the remains in an under-construction stadium on the school campus.