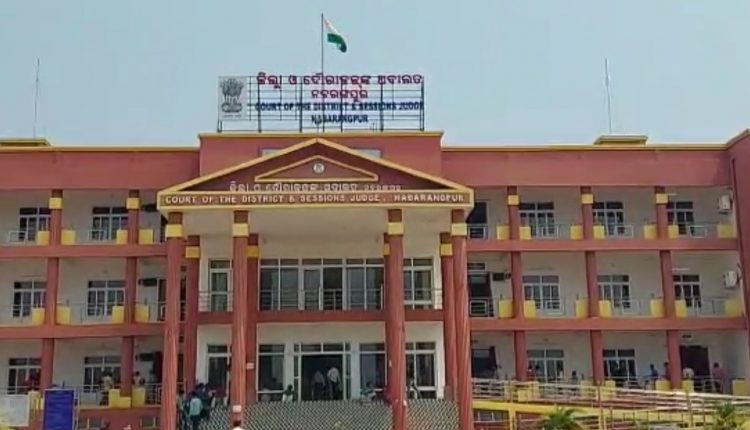 Nabarangpur: The court of District and Sessions Judge, Nabarangpur has convicted a man and his three sons in a murder case and sentenced to life imprisonment.

As per the case, Premnath Nayak of Gumamandali village under Kasagumuda police station had a dispute with his younger brother Padman Nayak over their ancestral landed properties. Their dispute escalated into physical assault and  Padman was seriously injured in the attack by Premnath and his three sons on April 5, 2019.

Padman was rushed to a hospital Kotpad but he succumbed while undergoing treatment. Following Padman’s death, his wife Damuni Nayak filed an FIR at Kosagumuda police station alleging that her husband was murdered by Premnath and his sons.

After hearing the case and 22 witnesses, District and Sessions Judge Sanjib Dubey convicted Premnath and his sons Sridhar Nayak, Shyamsundar Nayak and Damodar Nayak. The Judge sentenced all four to life imprisonment and imposed a penalty of Rs 20,000 on each of them.