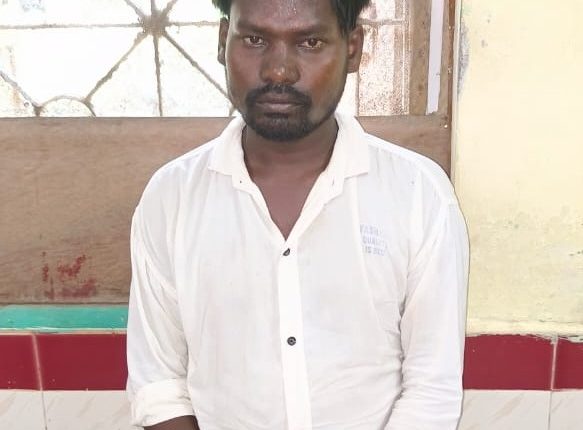 Berhampur: Police on Sunday arrested the husband of the woman who allegedly committed suicide by consuming pesticide in front of a police station in Odisha’s Ganjam district on Friday.

The woman, identified as Tikina Dash of Jyoti Nagar in Mandiapalli, had married Sukant Das a few years back and they have two sons. Due to frequent disputes between the couple, Sukant was staying with his parents in a rented house, while Tikina was staying in her husband’s house.

After Tikina filed a complaint in this regard at Berhampur women’s police station, the police had called both parties and convinced them to resolve their issues amicably.

The police admitted Tikina in MKCG Medical College and Hospital at Berhampur. She succumbed while undergoing treatment late Friday night.

After Tikina’s father Bhaskar Das and mother Saibani Das filed a complaint against Sukant, police arrested him. Later, they forwarded him to court.

On the other hand, some people have filed a complaint at Bhanja Vihar outpost alleging that Tikina had taken money on loan from them but did not return the amount.

LinkedIn Names Odisha’s Sindhu Biswal As Top Creator; Know Who He Is