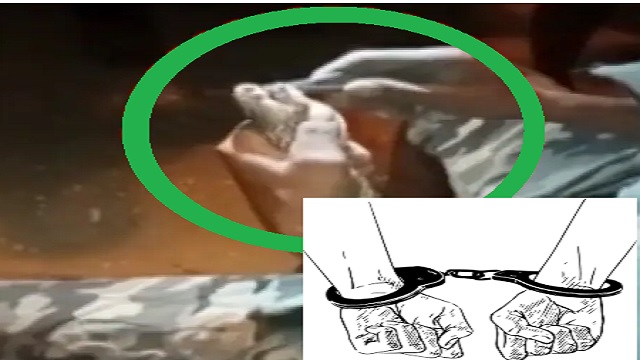 Balangir: Odisha Police arrested a man for allegedly removing teeth of a snake, using a nail cutter, at Bileisadra village under Puintala police limits in Balangir district on Sunday.

The accused has been identified as Bira Biswal, a snake charmer.

According to sources, Balangir Snake Helpline members demanded action against him after a video of the incident went viral on social media in which Biswal can be seen extracting the teeth of the cobra in a cruel manner.

Following which, the local range officer, Keshab Naik, accompanied by a team conducted a raid at Bira’s house on Saturday to rescue the snake and arrest him but in vain. He was finally nabbed by Puintala police on Sunday.

It has been alleged that Biswal used to catch snakes and perform stunts with the animals before torturing and abandoning the reptiles instead of releasing them into the forest.