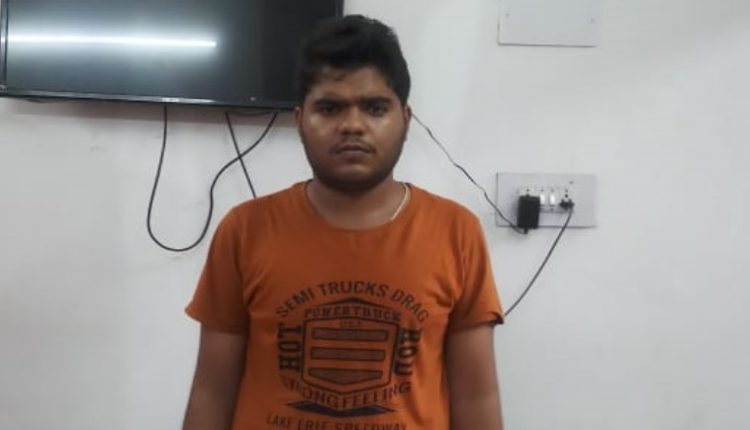 Bhubaneswar: Police have arrested an Odia man from Hyderabad for allegedly blackmailing a girl in Bhubaneswar.

The man, identified as Ashish Kar of Jajpur district, was staying at Trinath Nagar Basti in Nayapalli and was working in the office of the younger brother of the girl’s father 8 months back. At the time, he trapped the girl in his love and captured some nude photographs and videos of the victim in his mobile phone while they were in video call, police sources said.

Later, Ashish wanted to have physical relation with the girl by blackmailing her with the photos and video. He also threatened her that he would make the obscene pictures viral in social media, if she complained to police.

However, the girl filed a complaint against Ashish with cyber police. During investigation, the police traced the accused in Park View Enclave, Jubilee Hills, Hyderabad in Telengana. A team of Nayapalli Police proceeded to Hyderabad and with the help of Banjara Hills Police Station apprehended Ashish.

The police team also seized two mobile phones from his possession. Later, they arrested him and brought him to Odisha in transit remand for further investigation. He was produced before court on Sunday.