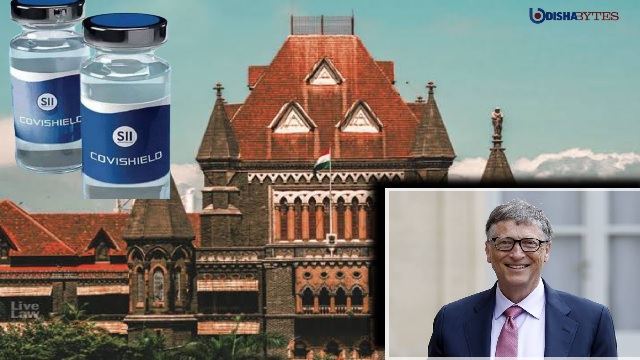 Mumbai: The Bombay High Court on August 26 issued notice to the Serum Institute of India (SII), Centre and Microsoft founder Bill Gates over the death of a woman allegedly after she was administered Covishield vaccine.

The deceased, identified as Snehal Lunawat, was a doctor and senior lecturer at the SMBT dental college and hospital in Nashik, Maharashtra.

Her father Dilip Lunawat has filed a petition seeking Rs 1,000 crore as compensation from the state and Centre for his daughter’s death. Other respondents in the petition include SII (through its CEO Adar Poonawalla), Bill Gates (partner in SII), the ministry of health and family welfare and Drug Controller General of India (DCGI).

A division bench of Justices S V Gangapurwala and Madhav Jamdar issued notices to the respondents and kept the matter for further hearing on November 17.

Snehal was administered both doses of the vaccine on January 28, 2021. Her father alleged that Snehal was assured the vaccine was completely safe and posed no risk.

“She was, therefore, compelled to take the vaccine at the college since she was a health worker,” the plea reads. However, she died on March 1, 2021 allegedly due to the side-effects of the vaccine, her father said.

In his petition, Dilip Lunawat also blamed the government and others for “misrepresenting facts about the COVID vaccine by making false claims about its safety and forcing medical practitioners to take the vaccine”.

The petition relied on a report submitted by the Centre’s adverse events following immunization (AEFI) committee on October 2. He further stated in his petition that he wants justice for her daughter and save lives of many more people.