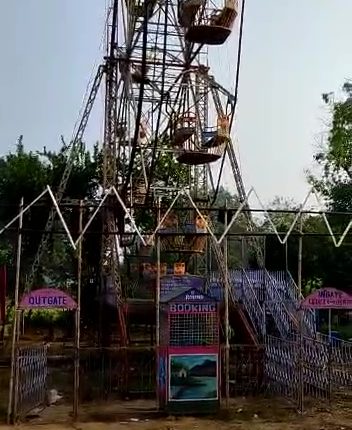 Balangir: A day before the commencement of Cuttack Bali Jatra, a man died after falling from a swing in Tureikela block of Odisha’s Balangir district on Monday night.

The deceased has been identified as Debrah Sahu (38), a resident of Tureikela village in the block and a member of a local puja committee.

According to sources, a Meena Bazaar was being organised by the local puja committee in Tureikela to celebrate the Kartika Purnima festival. Sahu was sitting on one of many swings at the Meena Bazar when he suddenly fell down and sustained critical injuries.

One of the eyewitnesses, identified as Murli Mallick, said Sahu fell from the swing after it suddenly stopped.

He was rushed to Tureikela hospital, where doctors declared him brought dead.

On being informed, local police arrived at the spot and started an investigation to ascertain how Sahu fell from the swing.

BJD To Modify Strategy For Padampur Bypoll In Odisha