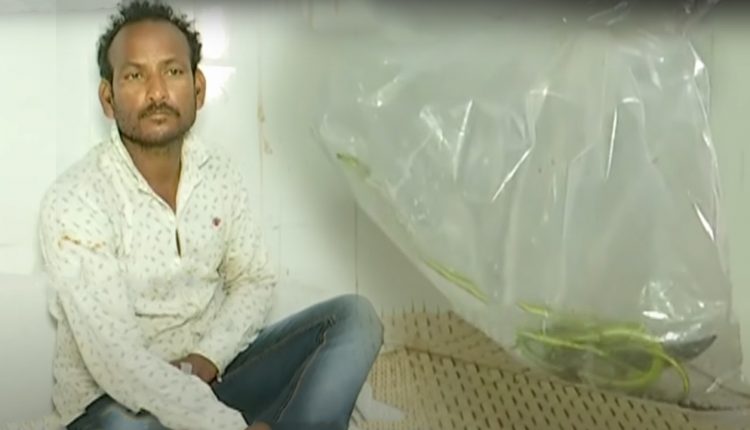 Balasore: An unuslal scene was witnessed at a hospital in Odisha’s Balasore district when a man arrived at the medical facility with a snake after being bitten by the reptile.

According to reports, the man was on his way to fetch some vegetables from the backyard of his house at a village in the district when the snake suddenly bit him on one of his legs.

The man reportedly said that he immediately captured the reptile with the help of a stick and put it inside a bag. Thereafter, he called his brother who was in the house.

His brother said he rushed to the site soon after getting the call and by then the snake had been captured and put in the bag.

The reptile was then put in a polythene packet and both rushed to the hospital nearby along with the snake to enable the doctors to identify it and provide medical aid accordingly.

The man said he was given some medicine and administered injection at the hospital, while his blood sample was collected for test.  “I decided to bring the snake to the hospital as I wanted the doctors to identify it and given me medicine accordingly,” he said.