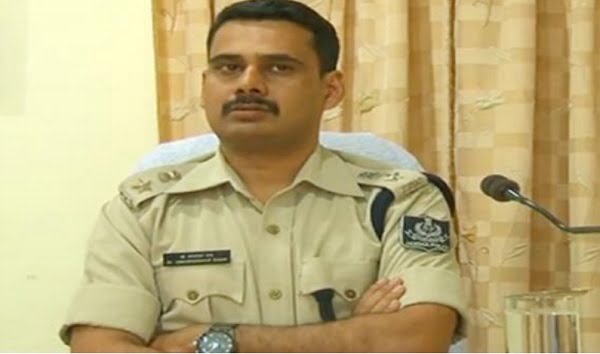 Bhubaneswar: Police on Monday arrested a fraudster who used to cheat people by putting up fake advertisements for vehicles on OLX. Police have recovered 11 vehicles from his possession.

He has been identified as Amit Kumar Patra alias Jagu from Bhanjanagar area of Ganjam district.

Police was on the look out for the two-wheeler thief after several people lodged complaints in different parts of the Capital city alleging that a man fled with their two-wheeler on the pretext of a test ride.

Jagu had approached the complainants who had put up ads on OLX offering to sell their vehicles. The accused first contacted them after getting details from the online trading platform and then asked the two-wheeler owners for a test ride. But, he never returned with the bike, the DCP said while informing about the modus operandi of the accused.

After preliminary investigation police found similarities in all the vehicle loot cases and Commissionerate Police asked a Special Squad to probe it. As Amit Kumar Patra was arrested for similar type of crime in 2019, the squad kept a vigil on him for the last 20 days and arrested him on Sunday. He had stolen 11 two-wheelers, said the DCP.

The accused was selling the stolen two-wheelers in places like Boudh, Koraput and Ganjam at discounted prices, the DCP added.

Jagu was also arrested in 2019 for similar offence. During that time the police seized 17 stolen two-wheelers from him, the DCP added.