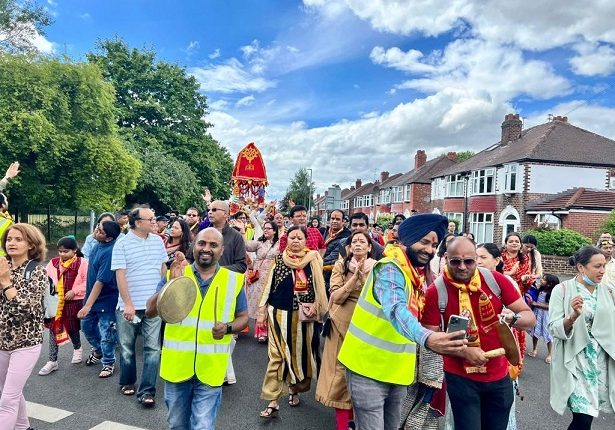 Around 500 Odia and non-Odia devotees congregated at Gita Bhawan to take part in the event. The deities were taken in ‘Pahandi’ procession to the colourful 18-ft-high chariot parked outside Gita Bhawan. Designed by Mike Sharkey and his team, the chariot was decked up with Patachitra painting by renowned artists Bibek Babu and Pragyana Babu.

The entire atmosphere reverberated with hymns, chants of ‘Hari Bol’ and ‘Jai Jagannath’, ‘hulahuli’, blowing of conches and playing of musical instruments such as Ghanta, Mardala, Jhanja and Mrudanga. The highlight of the celebration was the ‘Pahandi’ of Goddesss Subhadra performed exclusively by women. 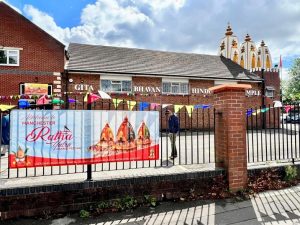 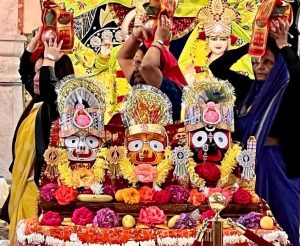 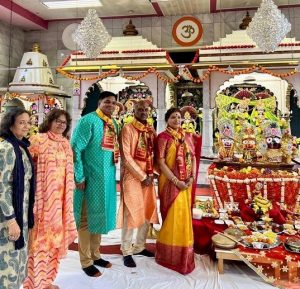