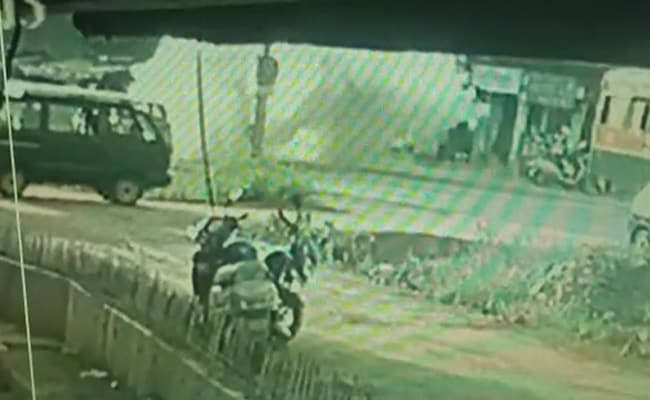 Bengaluru: The autorickshaw blast in Karnataka’s Mangaluru was “not accidental” but an “act of terror”, the state’s top cop Praveen Sood said on Sunday.

The Director General of Police (DGP) tweeted: “It’s confirmed now. The blast is not accidental but an act of terror with an intention to cause serious damage.” The police are probing the incident along with central agencies, he added.

On Saturday, the driver and a passenger sustained burn injuries after the autorickshaw caught fire. Police had recovered a “burnt pressure cooker with batteries” inside the three-wheeler. “Around 5.15 pm, a fire was spotted in an autorickshaw. The driver has said that fire was spotted inside a bag carried by the passenger. The driver and the passenger suffered burn injuries. We have shifted them to a hospital,” Police commissioner N Shashi Kumar told HT earlier.

The passenger is the main suspect in the case. “The passenger was carrying an Aadhar card which was later found to be of a man from Hubbali. This gives us a fair idea that he was planning to target something, but we are not sure about his target. We are not ruling out his connection to the recent Coimbatore blast. He is from Karnataka and had travelled outside the state in the last few months. He had recently travelled to Coimbatore and parts of Tamil Nadu. It was a low-intensity bomb. He was headed somewhere. Not sure what was his modus operandi,” Sood told NDTV.

According to central intelligence agencies, the suspect had procured a SIM card from Coimbatore under a false name.