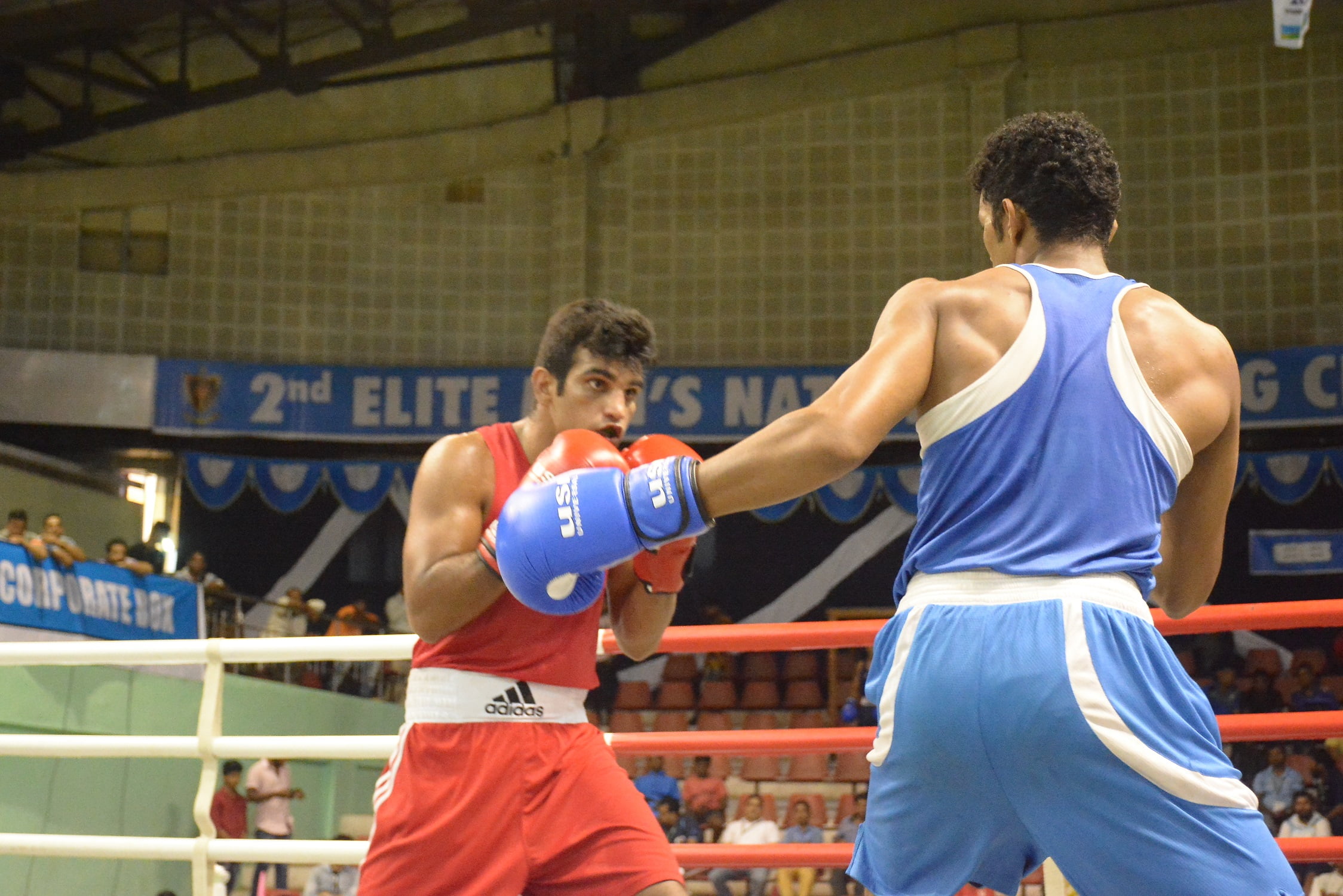 Visakhapatnam: Railways Sports Promotion Board’s top stars Manoj Kumar and Mandeep Jangra had an easy day in the ring as they comfortably won their respective matches in the day two of the Second Elite Men’s National Boxing Championship here on Thursday.

Manoj, who is the 2010 Commonwealth gold medalist, was declared the winner against Uttar Pradesh’s Rahul Gupta in the second round itself as the referee stopped the contest.

In the first round of his welterweight bout, Manoj maintained a safe distance from Rahul but still kept landing his jabs and hooks.

“It was all about getting the cobwebs out in the initial round as I attacked without taking any risk,” he explained.

He showed a glimpse of his prowess in the second round as he mounted a vicious attack. A perfect combination of a right jab and a left hook saw his opponent biting the dust.

The referee felt that Rahul couldn’t continue and Manoj Kumar was given a ticket into the next round.

“It was an easy fight for me. But I know the competition will get tougher as the tournament progresses,” Manoj conceded.

For 2014 Commonwealth Games silver medalist Mandeep Jangra too, it was a one-sided affair against Tamil Nadu’s R Prakash Raj.

In their middleweight category contest, Mandeep and Prakash Raj began on a cautious note. But Mandeep’s right hook soon began to assert itself. Raj countered with a few of his own punches to seem like an equal fight after round one.

But Mandeep came into his own in the second round and inflicted maximum damage. Prakash Raj made a desperate attempt to come back in the final round but by then it was too late. Mandeep was declared a unanimous 5-0 winner.