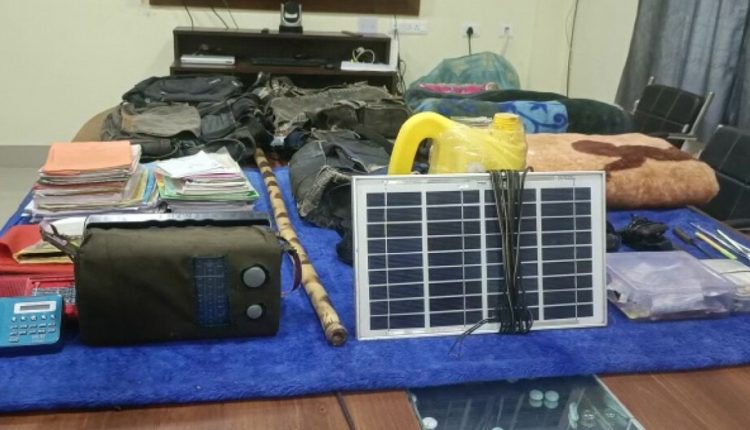 Nuapada: Security forces busted a Maoist camp following an exchange of fire with the ultras in Patdhara Reserve Forest under Sinapalli police limits along the Odisha-Chhattisgarh border on Thursday.

Briefing the media on Friday, Nuapada SP Pratyush Diwaker said that the operation was launched by a joint team of SOG jawans, CRPF and DVF on basis of credible intelligence inputs on December 14.

Two days later, on December 16, the security forces detected a Maoist camp at Jholaparha. “The ultras started firing indiscriminately on see the forces, who retaliated. Our teams fired around 49 rounds during the operation,” the SP said.

Diwaker said that around 20 Maoists, however, managed to escape taking advantage of the hilly terrain and forest cover.

Several materials including medicines, jackets, radio and Maoist literature were recovered from the spot. “Combing operation in the area has been intensified following the encounter,” he added.