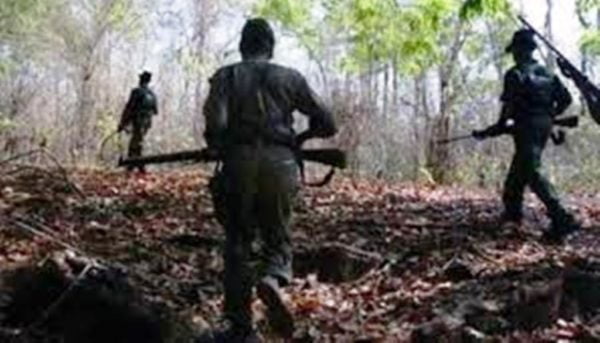 Malkangiri/Phulbani: A Maoist was killed in an encounter with the security personnel in a forest in the district on Sunday.

Acting on a tip-off about a Maoist camp in Nunkhari forest in Makadapadar panchayat under Mudulipada police limits, the personnel of Special Operation Group (SOG) and District Voluntary Force (DVF) began a joint combing operation in the morning.

Malkangiri SP Rishikesh Khilari said combing operation in the forest has been intensified.

In another incident in Kandhamal district, the Maoists, who had taken two tribals Gobinda Majhi and Debendra Majhi of Gumu village under Belghar police limits from their house on January 28 night, released Gobinda on Sunday after severely thrashing him. However, there is no trace of Debendra.

The Left-wing members of the Bansadhara-Ghumusar-Nagavali division on Friday night had killed Bhabani Patra and Hemant Patra in Guchhaguda village of Bhandarangi panchayat under Belghar police limits suspecting them to be police informers. According to police, the Maoists strangulated Bhabani, son of the sarpanch of  Bhandarangi panchayat, with a rope and shot Hemant dead after tying his hands and legs.