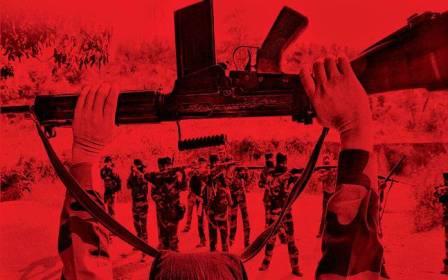 Koraput/Rayagada: Normal life was disrupted in five districts (Rayagada, Kandhamal, Koraput, Gajapati and Ganjam) of the state on Saturday owing to a 24-hour bandh called by Bamsadhara-Ghumusura-Nagabali division of CPI (Maoist).

They are demanding immediate arrest of the accused in Koraput minor gang-rape case, a check on violence against tribal women and solution to Mahanadi water row.

On the other hand, the ultras have placed logs at different places, including Muniguda, disrupting vehicular movement on Bhawanipatna-Rayagada route. They also put a poster at the spot appealing everyone to make the bandh successful.

The outlawed organisation through an audio clip released to the media had appealed people to observe bandh on October 21 to protest against construction of barrages by Chhattisgarh, alleging that these aimed at selling water to industries at the cost of the farmers.

Elaborate security arrangements have been put in place and combing operation intensified to prevent any untoward incident, police sources said.