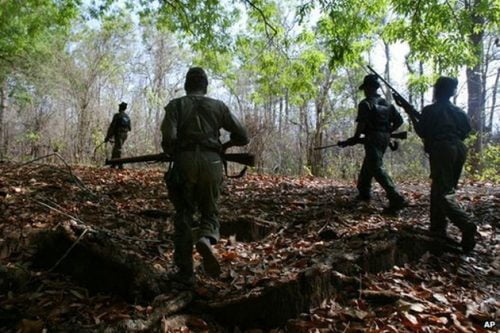 Malkangiri: Three days after three Maoists were killed in the district, another group of the banned outfit was engaged in a fierce exchange of fire with security forces on Friday.

According to sources, following intelligence report that the Maoists had put up a camp at a hill in Tulasi Forest Range under Mathili police limits, the security forces launched a combing operation.

It may be noted that on October 12, three Maoist cadres were in an encounter by District Voluntary Force (DVF) and Special Operation Group (SOG) in Tulasi Forest Range. They were carrying a cash reward of Rs 10 lakh on their heads. A large cache of weapons including one SLR Rifle, one INSAS Rifle, six magazines, 59 live bullets and IED explosives were recovered from the place.

Curtains Down On Elusive Maoist Leader RK, Who Turned Odisha’s Chitrakonda Into His Bastion

SAI International School Ranked No 1 In India For Second…