Married Woman Of Bhubaneswar ‘Murdered’ By Her Lover 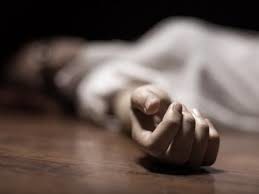 Bhubaneswar: A married woman in the city was allegedly murdered by her lover for having relationship with another man.

The body of the woman was found on the banks of river Daya near Kalapadar village under Gadisagoda police station in Puri district on October 13. Police handed over the body after post-mortem to her husband.

According to the preliminary investigation of police, the woman was staying with her husband Pratap Panda in Rangamatia village under Mancheswar police limits. She had reportedly developed relationship with several men.

On October 8, the woman left the house on some plea with her lover Manoj Nayak. They stayed in Manoj’s house in Bangita village of Khurda district for two days. One day after she returned to her husband, the woman again went with Manoj to Bangita.

While she was staying there, another man came to Manoj’s house and claimed that she was his lover. Enraged over the issue, Manoj strangulated the woman to death. Later, he along with his friend put the body in a sack and threw it into Daya, 45 km away from Bangita.

However, the woman’s body was carried by the river’s current to Gadisagoda where the villagers spotted it. As the body did not carry any identification, the police circulated the news about it in the media.

Complaint Filed Against Viral Video That Teaches How To Cheat!

Rain Alert For These 11 Odisha Districts Till 5 PM