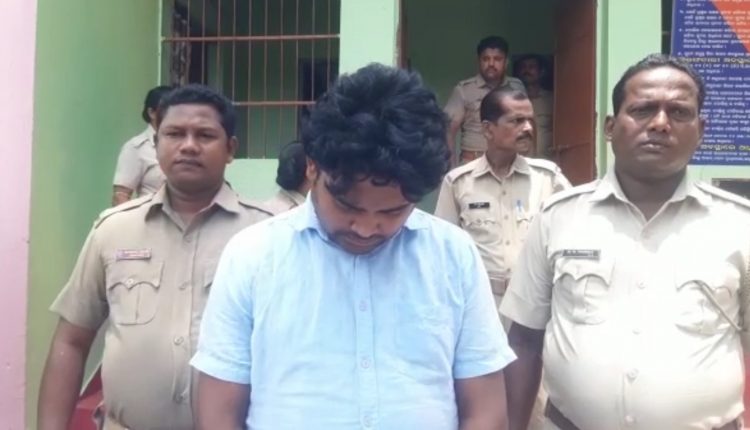 Bhadrak: A schoolteacher was duped of more than Rs 34 lakh by a fraudster on the plea of transferring him to his preferable place in Odisha’s Bhadrak district.

Speaking to media persons, here on Thursday, Bhadrak SDPO Prabhas Pal said Soudamini Mohapatra, the wife of late Ratnakar Mohapatra, a defence personnel from Sabarang in the district, had got due compensation after her husband was martyred during on operation. Their son Soubhagya Ranjan Mohapatra works as a teacher in a school in Bargarh district.

“Somehow, the fraudster, identified as Sangram Keshari Barik, came to know about the compensation money paid to Soubhagya’s family and contacted Soudamini. He told her that he was working as section officer in Education department and the state government had announced a scheme to enable the children of martyred defence personnel to get transferred to their home districts,” said the SDPO.

Sangram had also opened a fake Facebook account where he claimed to have helped several persons in this regard and received appreciation from them for the help. He convinced Soudamini by showing his fake Facebook account and said at least Rs 5 lakh would be needed to facilitate Soubhagya’s transfer.

Soudamini deposited the amount in Sangram’s account through online transfer, but no transfer order was issued. When she asked him about it, Sangram said the government had changed the scheme for which more money was needed. Thus, he extracted Rs 34,8,815 from Soudamini in different phases, said the SDPO.

Finally, when Soubhagya was not transferred and his mother persistently asked Sangram, the latter misbehaved with her in foul language and even threatened to take her son’s life, if she approached police. This led Soudamini to file a complaint at Sabarang police station.

Acting on the complaint, police started investigation and arrested Sangram from Basudevpur in Bhadrak district. The police have also seized a Skoda car, Rs 40,000 in cash, gold ornaments weighing 135 gram and mobile phone from his possession.

“Sangram has admitted to have spent the money taken from Soudamini in these things and lavish lifestyle,” said the SDPO.

[Watch] Man Proposes To Partner At The End Of A Marathon!