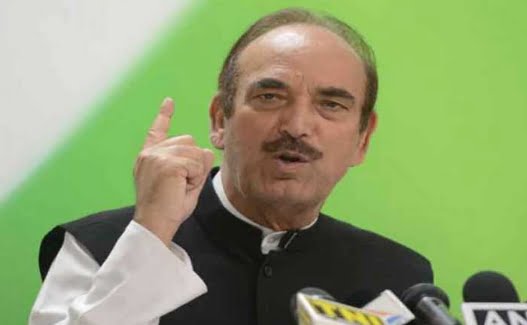 New Delhi: The Congress is yet to recover from the shock of top leader Ghulam Nabi Azad’s resignation from the party. And now comes the news that 51 leaders are set to resign from the grand old party to join Azad’s new party.

Chand, along with former ministers Abdul Majid Wani, Manohar Lal Sharma, Gharu Ram and others announced their resignation from Congress, including its primary membership, at a press conference.

A dozen prominent Congress leaders, including former ministers and legislators, besides hundreds of Panchayati Raj Institution members, municipal corporators and district and block level leaders, had already quit Congress to join Azad after the latter resigned on Friday.

Azad will soon be launching a national-level party from Jammu & Kashmir.