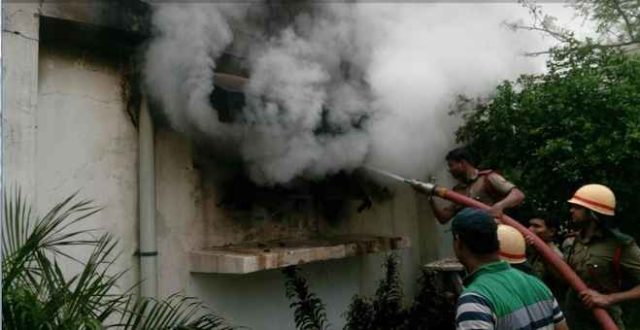 Bhubaneswar: A major fire broke out in a biscuit factory at Patia here on Monday.
Though no casualty or injury was reported, goods worth lakhs of rupees were destroyed in the fire.
A total of 12 fire tenders and 100 fire personnel were rushed to the spot. It took them nearly two hours to douse the flames. NDRF and ODRAF team also assisted the fire personnel to bring the situation under control.
Fire officials said though the exact cause of the fire is yet to be ascertained, an electrical short circuit in the factory appears to have caused it.
Meanwhile, the Directorate of Factories and Boilers have asked the factory to shut operations until the probe into the fire incident is over.
The factory used to produce two tonnes of biscuit daily. After the implementation of GST, authorities of the plant had stored around 25 tonnes of biscuit to reprint new price tags on them.